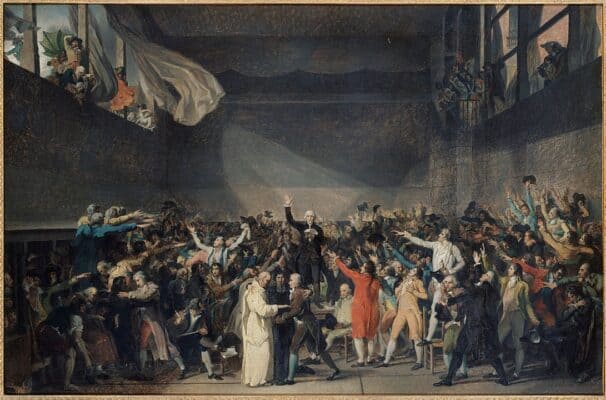 ATD founder Joseph Wresinski wrote this text for an International Colloquium, “Living in Dignity, Fourth World Families in Europe”. The event took place at the Council of Europe in Strasbourg, France in 1984.

Charity is not partnership

The poorest families yearn to become part of our shared history, at last under their true identity, no longer as “the poor” on the receiving end of other people’s help, but as partners, co-responsible for the decisions concerning them. Finally, they want to become partners in democracy.

But what does this mean, becoming partners in democracy? We’re not going to trick them again, just as we did when we offered them bread and soup, telling them: “From now on, you’ll live; we’ll make sure you live.” Consulting them in whatever way and saying: “Look, you are in a democracy – we are consulting you,” might well be a deception too.

Neither I nor the families believe that the European community, their fellow citizens, intended to delude them when they set up soup kitchens, charitable donations and relief programmes. The families were to rediscover for themselves, generation after generation, that this was not what living was all about.

Over centuries, they have retained a memory of this. But a memory which the world around them does not engage with is a memory without a voice. This memory dictates gestures and engrained attitudes that families experiencing poverty are not used to explaining.

And if today, the voices of the families, the explanations that they themselves provide, have emerged from their hearts and minds, it is because they find themselves sharing their lives with members of a Volunteer Corps that live alongside them, and who keep on saying:

The families don’t blame us for not having heard the untold memory they have carried and communicated solely within the family, only among families. […]

However, to abruptly question them, probing their memory, pushing them to speak individually about what hurts so much, about not having learnt to express themselves and formulate their thinking, would be a real breach of trust.

In a democracy, we don’t get people to speak in their name only. We first give them the time, the resources and the framework to consult one another so that they can develop shared thinking. Any other approach is a lie, an ambush, a distortion of democracy.

This is why ATD Fourth World creates People’s Universities with families in poverty, wherever they are – spaces where they are among themselves but also with others they can trust and whom they can consult in clarifying their history, their memory. A People’s University in which the knowledge, research and compilation merits, as much as in any of its counterparts, the designation of “university”.