Perceptions of People in Poverty Throughout History 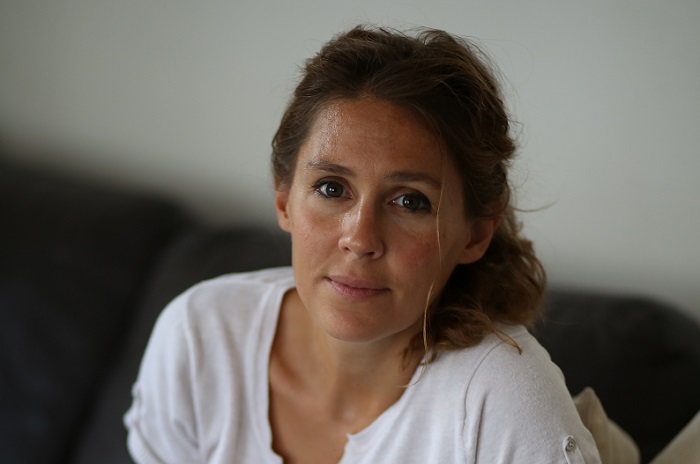 Axelle Brodiez-Dolino is a historian at the French National Center of Scientific Research (CNRS) in Lyon. Her focus is post-World War II anti-poverty movements. At ATD Fourth World’s annual “Campus” seminar in August 2015, she gave a talk entitled, “Taking into account the poorest: A historical illumination.” In the interview below, she describes changes over time in the ways that disenfranchised people are seen by others, stressing the importance of taking into account their words and thoughts.

What is the origin of the idea that there are “good poor people” and “bad poor people”? And has this distinction disappeared in modern times?

Axelle Brodiez: Beginning in the Middle Ages, there was a gradual division in the perception of people in difficulty. This became a dichotomy between those considered “good” and “bad” poor, based on two principal criteria.

The first criterion is related to health. If you are seen to have a disability that prevents you from working, society recognizes that you cannot provide for yourself and therefore deserve to be supported. People who are physically impaired, disabled, the “ill and incurable,” the elderly, pregnant women, children, etc., have for a long time been helped by society. At first, this was almost exclusively private help (particularly by religious groups or non-profit charities). Later, the French government began providing public support through laws passed at the beginning of the 3rd Republic [in the early 1900s]. However, if a person was considered able-bodied (the actual term used then was “valid”), the expectation has been that the person contribute to production through labor. Thus if a person is seen as refusing to work then, as famously said by historian Bronislaw Geremek, society does not owe you “pity” but rather the “gallows,” which is do say subjugation.

History has been cruel to those called “beggars and vagabonds”; in some instances people went as far as branding them with a hot iron, compelling them to labor as galley slaves, or even hanging them. Forced labor was — and still is — a notable social dogma. It blinds people to the fact that many of those people who are not working do so not by choice but rather due to ill physical or mental health, or to a troubled childhood that did not allow them to learn the ways of the world, or to a labour market that is only seasonal or part-time, and so on. Sadly this is a situation that society has only recently started to become aware of, often without understanding it.

And then there is the other criterion, even more unspoken but no less restrictive: that of locality, which has long constituted an important factor in both the administrative and the social treatment of people in poverty. The “local” poor (those residing in the same village, district, or nation) have the right to receive help from the local parish or town hall. They may share the use of local community goods. However if a person, instead, lives in the neighboring parish, village, or country — or today, if they are from the opposite coast of the Mediterranean — then they have no right to assistance and are told to return to where they came from.

In superimposing these two criteria, we see clearly the distinctions made between “good” and “ bad” poor people. And unfortunately, one cannot just erase half a million people simply by the stroke of a pen. Society began to take several steps in the right direction during the turn of the 19th-20th century with the social laws enacted at the beginning of the 3rd French Republic, and then again in the 1980s-90s, when France decriminalized begging and passed laws in favor of a minimum income, the right to housing, universal health care and medical aid. France also passed the law against discrimination. And yet, in recent years, we have seen the resurgence of a demagogic discourse that is not not only xenophobic but also pro-austerity, and which is voiced by both politicians and public opinion. That is why it is so important that there are initiatives like those by ATD Fourth World addressing stereotypes about people in poverty. However, most of society seems to still turn a deaf ear to this.

Do you think that people who live in poverty are today recognized as having knowledge?

Axelle Brodiez: Regrettably no, not really. Although it is rather paradoxical since it is them after all who have first-hand knowledge of the situations they live through. But whether the approach to poverty is one of charity, philanthropy, or social work, it is generally the professional in a role of helping who is recognized as the keeper of knowledge. Society also recognizes the knowledge of the researcher who is devoted to pondering the question of poverty. That is to say, recognition goes to those people who manage to elaborate beautiful sentences, concepts and statistics. Those are the people to whom society and policy makers delegate the job of becoming in a way the “translators” of the poorest people.

Hence we must realize that it is difficult give a voice to the most disadvantaged people. To do so requires a great deal of skill, availability, and patience. It means knowing how to take a backstage to the words and the intelligence of others. The challenges are compounded by the difficulties that people may have expressing themselves due to shyness, limited formal education, not knowing certain social codes, or by the weight of suffering and pain. In fact, very few non-profits have really invested energy into this work, which is nonetheless crucial. From a historical standpoint, ATD Fourth World seems to me to be the first, if not the only one. It is thus a unique aspect of ATD, and a very rich one, with value both to history and to social science.

This is exactly why the archives of ATD Fourth World, particularly the biographies and the studies of very poor families written since the 1970s, are a valuable contribution to the French national heritage. I have studied the archives of a number of different non-profit organizations. From among these, ATD’s are the only ones that have allowed me to create a true “history from the bottom up”; a history not simply about overcoming poverty, but also about the individuals directly experiencing poverty. It is a collection of exceptional and fascinating material. I truly hope that bringing to the public, through this work, the stories and labors of people with first-hand experience of poverty, might contribute to finally changing the old mentalities.