Pioneers of a New World 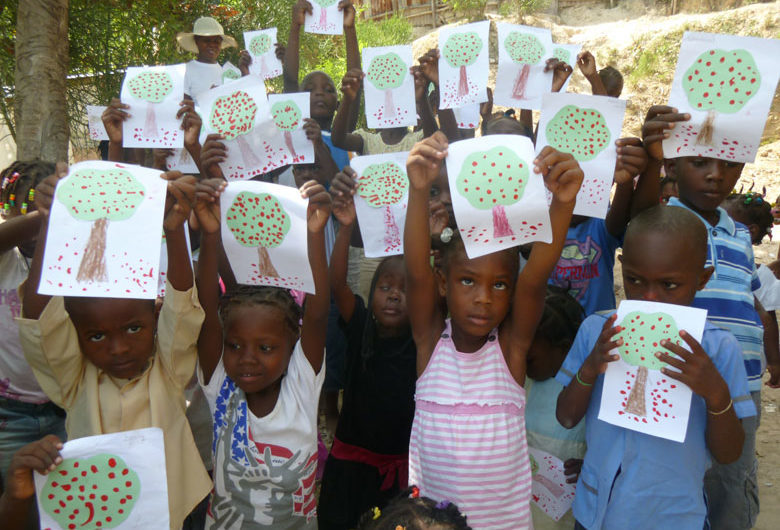 What is the meaning of life when mothers ask themselves, “If I give up this child I am carrying to social services as they want me to, will they let me make a happy life for the one who is old enough to go to school? Or will they take him away too?”?

What is the meaning of life when young people are put on the sidelines of our social and educational programs because they scare people off and because no one is expecting anything good to come out of either them or their families?

What is the meaning of life when those who fight for justice speak in the name of people living in poverty without meeting them?

And what was the meaning of life for Joseph Wresinski, this child of poverty, who after becoming a man brought us together just thirty years ago? […]

In what direction did he lead us to take action so that the world would find its meaning again?

In his footsteps, women, men, youth, and children from everywhere  in the world – like us today – refuse the guilt, the fatality of poverty, and the waste of their intelligence. They dare to push for encounters with those who are not from their world, who do not go to the same schools, who did not received the same education. Encounters with the heart, the hands, and the brains; encounters deemed impossible until then. Encounters in the neighbourhoods where we are afraid as well as in the ivory towers and the overprotected places; between those who die from uselessness and those who always have too much work; between the most humble and the most senior in this world. Encounters to fight for the rights of those who do not have anywhere to go except where nobody would like to have to raise their children.

Together, by initiating unexpected encounters, they discover the pride of being able to recognize in one another the same humanity, to produce changes unheard of, to bring hope for a world free of poverty.

[…] This is their response to Father Joseph Wresinksi’s call on the night of the gathering of human rights defenders, 17 October 1987; and they invite each and every one to respond today still:

“And you, will you be pioneers of this new path where justice will prevail over profit and exploitation, peace over war, where justice and love are finally reconciled?”

Yes, it falls upon all of us to continue be daring and to create these encounters, on 17 October and every day.