Skip to content
Home > Leadership Team > Preparing for 2017: The Silence about the Violence of Poverty | Jean TOUSSAINT

Preparing for 2017: The Silence about the Violence of Poverty | Jean TOUSSAINT 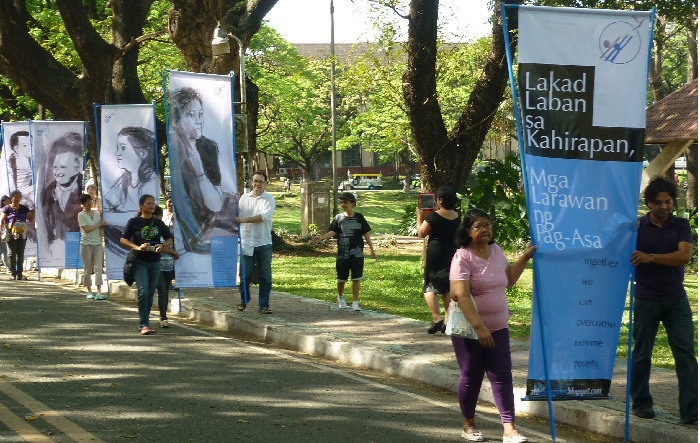 For ATD Fourth World, the year 2017 will be a way to continue the work we did to deepen understanding of: the violence caused by extreme poverty; what it means to break the silence about that violence; and the ways that people in poverty search for peace.

During three years, from 2009 to 2012, and in 25 countries, ATD conducted participatory research that led us to discover the many ways in which persistent poverty in and of itself constitutes a form of violence. We saw that resisting poverty requires people to end the silence about their situation. This research showed that — hidden behind the stereotype of certain people, families and populations as supposedly violent — in fact, there are continuous efforts made by people in extreme poverty to search for peace.

What we learned during these years of work has made our grassroots projects more meaningful and renewed our understanding of overcoming poverty.

Now, as we prepare for 2017, we are thinking of the silence of many people:

All these people who are condemned to silence and to stigmatisation by the violence of extreme poverty; people who are nevertheless searching from the bottom of their hearts for a way to continue despite all these wounds and to find dignity and peace.

It is with all these people, all this violence, all this silence within us that we are preparing for 2017.