Reaching the Poorest: Myth or Reality? 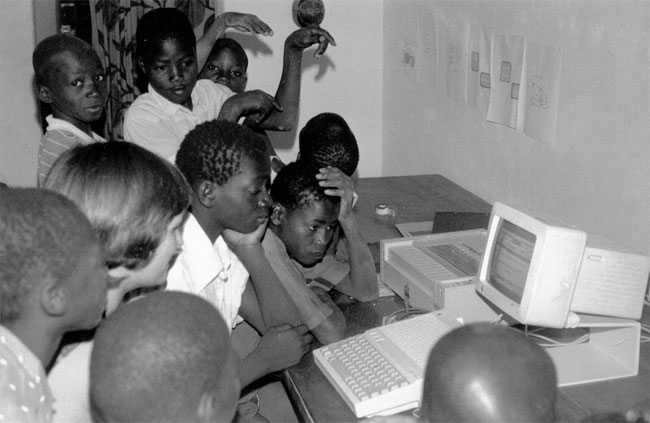 An innovative partnership showing that people in extreme poverty survive largely by their own means, while also reaching out to others

In1982, the ATD Fourth World team in Burkina Faso (then called The Republic of Upper Volta) began reaching out to children living on the streets of Ouagadougou, the capital city. Unlike other development projects which approached these children primarily in terms of their needs, the team focused on building a relationship of trust with each individual child it engaged with over a long period of time. The goal was to better understand the children’s stories, their conditions, and their hopes for themselves and the families from which many were separated. The team learnt of the children’s informal networks and their efforts to survive through low-income work and how they felt that their work was not valued and they themselves were not respected.

The following year, a group of these children from the central market asked if they could hold a party for themselves in the courtyard in which the volunteers lived. The team agreed on condition that they reach out to invite the children with the most difficult lives, whoever they might be.

This apparently insignificant event sparked the initiative that would later be called ‘The Courtyard of a Hundred Trades’, bringing young people together to learn new skills, using an approach that treated the young people as partners, not beneficiaries, where each young person was asked to reach out to those who were most excluded.

The Courtyard of a Hundred Trades developed thanks in large part to the voluntary contributions of skilled artisans identified by the team, who provided diverse types of vocational training, and who included all the young people who came without exception.

This whole-community model soon attracted the attention of government and international donors. In 1984, following a meeting with Joseph Wresinski, the founder of ATD Fourth World, James P. Grant, then Executive Director of UNICEF, expressed his desire to visit the work of ATD Fourth World in Burkina Faso, including the Courtyard of a Hundred Trades. As a result of this field visit and influenced by Stanislas Spero Adotevi, the UNICEF Representative in Burkina Faso, Grant was confirmed in his conviction that, while big development projects can benefit the majority, it was important to seek out the people not reached by such projects.

His conviction was further deepened by an event at the 40th anniversary meeting of UNICEF in New York in 1986 which was attended by a delegation from ATD Fourth World’s children’s branch, Tapori.

Grant was so impressed that the children, through the ‘Penny Portrait Campaign’, had collected $350 in pennies for other children affected by an earthquake in Columbia that he interrupted the session of the UNICEF executive board and, accompanied by the delegation, valued and honoured the children’s contribution before the member states, stating, “This is what the poor can do for the poor”. 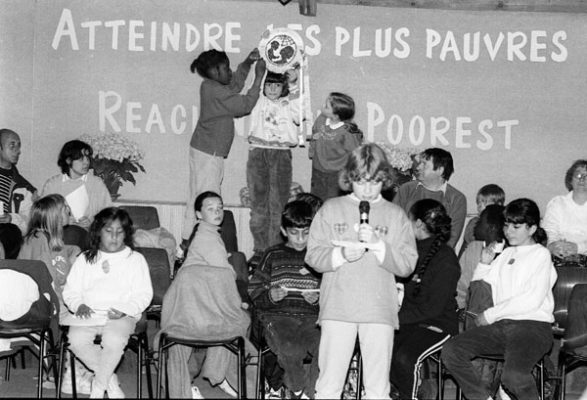 Over the following years, ATD Fourth World, as an NGO with consultative status at UNICEF, contributed to the UNICEF annual ‘State of the World’s Children’ report. In 1989, the UNICEF board courageously stated that its programmes, both in the south and in the north, were failing to reach the poorest 20% of children and that it was abandoning the theory of ‘trickle down’ economics in its work. It was the first international organisation to do so. The State of the World’s Children report for that year noted, “The challenge of reaching the poorest is the greatest challenge in social development. Efforts, usually small in scale, have often failed to reach substantial numbers among the very poorest groups”.

Seeing an opportunity to influence the policy agenda, ATD Fourth World convinced member states to submit a draft resolution to the UNICEF executive board to examine why its development programmes were failing to reach the poorest 20% of its target children. The decision of the Board, in August 1989, entitled, ‘Reaching the Poorest’, called for an analysis of projects that had positively impacted the lives of people in extreme poverty and for an overview of lessons learned from these projects. Although this particular resolution failed to lead to concrete action, two years later ATD Forth World, again through a group of member states, submitted a second similar, but more specific, resolution which was once more adopted by the UNICEF Board. From this, UNICEF commissioned ATD Fourth World to carry out a two-year evaluation of projects in cooperation with UNICEF and other partners. A working group of 12 people comprised of UNICEF staff, government representatives and ATD Fourth World members was set up, which proved to be a genuine partnership. 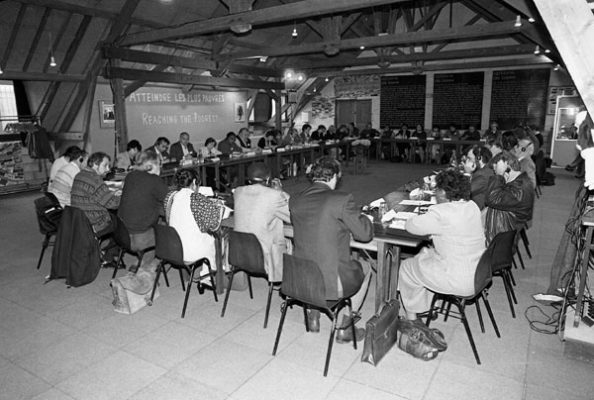 In 1996, an international seminar was co-organised by UNICEF and ATD Fourth World in Pierrelaye, France, with participants from member states, UNICEF, ATD Fourth World and other invited guests, to discuss the findings of the evaluation research. Later that year, the book ‘Reaching the Poorest’ was jointly published by UNICEF and ATD Fourth World. The seven case studies presented in the book were prepared by the local communities and organisers of the projects. The studies represented years of experience, recorded in daily notes, monthly reports and quarterly evaluations.

Three powerful conclusions came out of the research:

These three conclusions received significant backing in 2010 when Anthony Lake, then Executive Director of UNICEF, commissioned a three-year study of under-5 child mortality, analysing 180,000 variables, in the least developed countries. The study showed that for each $1 million dollars invested, 60% more children survived if that money was concentrated on the poorest children compared to when spread across all children.

For UNICEF, this study provided firm evidence that the principle of equity involved in reaching people in extreme poverty was not only morally correct, but economically sound.

The successful collaboration of ATD Fourth World, UNICEF, and member states, in which each partner’s role and contribution was respected, demonstrates that when there is sufficient political will, time, professional skills and financial investment, significant results can be achieved in addressing a complex issue, such as how to reach people living in extreme poverty.

The final research conclusions took many by surprise, but no doubt they would have seemed self-evident to the children and young people who had come off the streets in Ouagadougou so many years before to participate in The Courtyard of a Hundred Trades. Helping one another and involving those who were even more excluded than themselves were hallmarks of the approach used.

They were an example the world could follow, and it is to the credit of UNICEF and member states that, when given the opportunity, they were ready to listen.

The following are the primary sources for this story :

– Reaching the Poorest by ATD Fourth World and UNICEF, 1996;

– Narrowing the Gaps to Meet the Goals: a special report on a new study by UNICEF on an equity-focused approach to child survival and development, UNICEF, 2010.