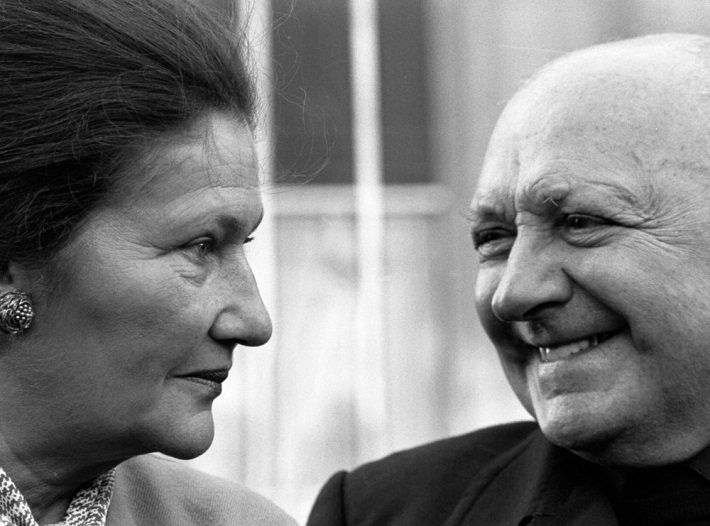 At this time of French national tribute to one of humanity’s great women, ATD Fourth World appreciates in Simone Veil a person who supported and stood up for the poorest people in society. She is widely recognised for her deportation to Auschwitz, her commitment to women’s rights, and her ambition for Europe, but it is less known that Simone Veil — who died on 30 June 2017 — was a friend of Joseph Wresinski, founder of ATD Fourth World, and of Geneviève de Gaulle, its president.

In 1944, Veil was deported to the concentration camps, where many other members of her family perished, and for the rest of her life she testified to the horror of the genocide. Like Geneviève de Gaulle, another survivor of the camps, she demonstrated the immense energy that survivors have by fighting injustice and keeping her identification number on her arm clearly visible.

As the French Minister of Health in 1974, she decriminalised abortion, not because she favoured voluntary termination of pregnancy, but to enable the women who were forced to make this decision (at the time, there were 300,000 illegal abortions per year in France) to do so under healthy and humane conditions. Five years later, she became president of the first elected European Parliament. Aware of the difficulties and questions surrounding the creation of a European union, she shared her belief that Europe was not the problem, but the solution.

Simone Veil was also a friend of ATD Fourth World. As Minister of Health, she often interacted with Joseph Wresinski. In August 1987, she participated in ATD’s Summer University, held on the theme “Undertaking Human Rights” to prepare the first-ever World Day for Overcoming Poverty. Gabrielle Erpicum, one of ATD Fourth World’s Volunteer Corps members, recalls the agreements and disagreements of that time, and concludes, “What is certain is that she cared about the poorest in society.” In 1993, Veil said she was deeply touched by a visit to ATD’s family promotion centre in Noisy-le-Grand where she met families living in deep poverty. On 17 October 1987, in the presence of 100,000 defenders of human rights, Wresinski asked Veil to unveil the commemorative stone in honour of the victims of poverty at the Human Rights Plaza in Paris. She thus launched the appeal engraved on that stone: “Wherever men and women are condemned to live in extreme poverty, human rights are violated. To come together to ensure that these rights be respected is our solemn duty.” The message on this stone — of which 51 replicas exist around the world — lies at the origin of the United Nations’ recognition of 17 October as the International Day for the Eradication of Poverty, celebrated across all continents as the World Day for Overcoming Poverty. It is to this appeal that the United Nations invites us to respond in 2017 to create a world that leaves no one behind. It echoes the Call to Action that the Stop Poverty campaign encourages us to join by making a personal commitment.

In 2008, Veil became a founding member of the International Committee for October 17. She contributed to its work until 2011. The Committee expressed its gratitude in a press release: “It has been an honour and a security for the Committee to benefit from the invaluable contribution and support of Ms. Veil to promote the International Day for the Eradication of Poverty commemorations and to protect their meaning and spirit so they increasingly serve as meeting spaces where people of different backgrounds can come together, respect their diversity, learn from each other, and build peace.”

Photo at the top of page: Alain Pinoges – Agence Ciric