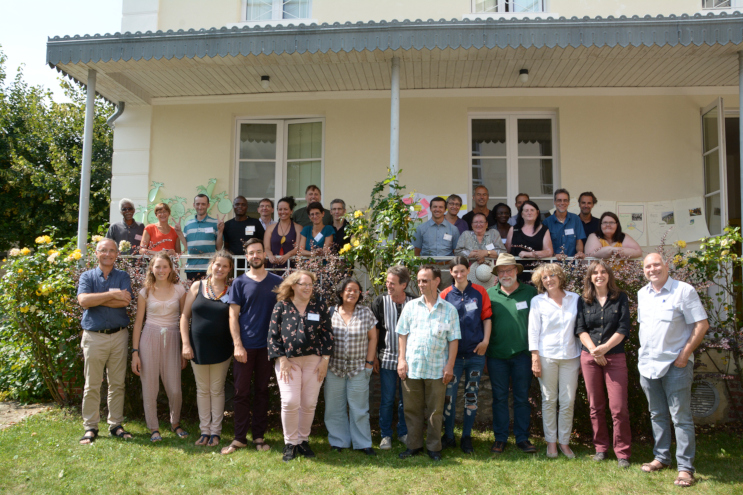 “This project was “a very significant step,” said ATD Director General Bruno Dabout. “It demonstrated that some of our intellectual efforts connect strongly with other currents of thought. This means that it is possible to create new knowledge without reproducing the domination that underlies certain academic traditions. This is the basis for breaking the cycle of poverty,” he continued.

The originality of the project impacted the academic philosophers. “In this collaborative research,” said philosopher Guillaume Le Blanc.

“These moments of conviviality helped build camaraderie among us all and made it possible to create mutual understanding without hiding our differences.”

Social philosophy makes it possible to question society and critically examine its problems.

“One of the challenges of this research was to show that people who have been excluded from society because of poverty, have a wealth of knowledge about the root causes of injustice.”

Eventually, the project co-researchers would like their work to be published; even now, however, they see that their writings are already making an impact by upsetting some common assumptions. One speaker at the seminar was Claire Hédon, who holds the French government post of Defender of Rights. She told the co-researchers:

“Your work is truly necessary and indispensable. It gives us food for thought about ways that certain laws can backfire against people and pushes us to look further to see how rights can actually protect people in poverty.”

Another seminar speaker was Régis Brillat, the Executive Secretary of the European Committee for the Prevention of Torture of the Council of Europe. Hearing how certain turns of phrase can reinforce the stigma against people in poverty, he was struck by the importance of choosing the “right words”. He stated, “Your input can be absolutely decisive in preventing the wording of a judgement—even one that stands up to legal scrutiny—from being hurtful or offensive.”

“The seminar was also a ‘personal transformation’ for some researchers,” explained David Jousset.

“I have changed the way I think and write, knowing that my intellectual rantings can become a weapon for some, and for others a means of breaking down the barriers of exclusion.”