Skip to content
Home > Indian Ocean > Madagascar > A Social Protection Floor for All: Indispensable for Eradicating Extreme Poverty by 2030

A Social Protection Floor for All: Indispensable for Eradicating Extreme Poverty by 2030 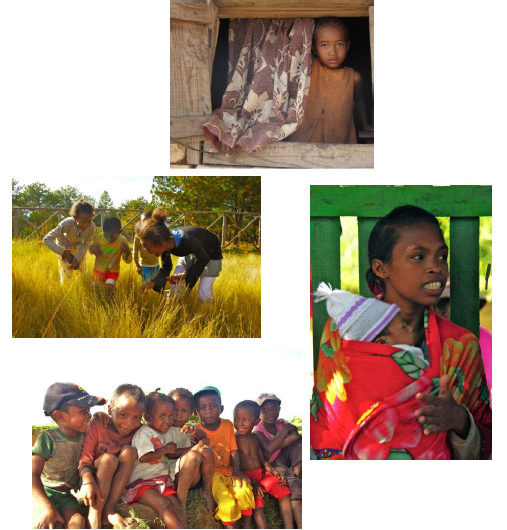 Grandma Regina lives in Gaza province, Mozambique, where half of the population lives below the national poverty line. She takes care of her blind daughter and four grandchildren. This film shows how social cash transfers in Mozambique can improve people’s lives.

Grandma Regina is now able to purchase food items, but she can also meet other household needs, such as buying a school uniform for her grandson or taking public transport to go to the health centre. She sees the education of her grandchildren as the main road to prosperity in the future. In Mozambique, the number of basic social protection beneficiaries has doubled since 2010, but it still represents barely 15 per cent of those in need. And for those covered, the benefits are insufficient.

Grandma Regina is not the only one who needs support from “social protection floors”, i.e. access to basic income benefits and to essential social services, such as health care. According to ILO estimates, nearly 73 per cent of the world’s population lacks access to adequate social protection coverage. More than 90 per cent of the population living in low-income countries remain without any right to health care coverage. Fifty per cent of the world’s children live in poverty. Roughly three-quarters of the world’s labour force do not receive income benefits in case of unemployment, work-related injury and maternity. Nearly half of all people over retirement age do not receive a pension, and for those who do, pension levels are often inadequate.

In 2015 the world community adopted the UN sustainable development “2030 strategy”, whose main objective is to eradicate extreme poverty by 2030. Social protection floors are a key component of this strategy, in particular if access to social protection is considered a human right. This is reflected in the UN Guidelines on Extreme Poverty and Human Rights, which were adopted by the Human Rights Council in 2012. The Guidelines emphasize that people living in extreme poverty need to participate in the design, implementation, monitoring and evaluation of anti-poverty programmes, including social protection floors. In adopting the Social Protection Floors Recommendation in 2012, the ILO was the first UN agency to push for the implementation of social protection floors, but many other agencies have now followed, such as UNICEF, UNDP and UNHCR.

What is the role of civil society, and of ATD Fourth World? Between 2009 and 2011 ATD and UNICEF conducted an experiment in Madagascar to determine how people used money they received through a social protection floor programme. For two years, 300 adults (and their 450 children) who worked on a rubbish dump, received a family allowance credited each month to an account at the local post office.

A census was conducted to determine eligibility for the family allowance and to make sure that everyone was registered with the local authorities. As in similar studies conducted by ILO and UNICEF the results were positive. Between 2009 and 2011 school attendance and visits (consultations) to the local health centre went up from 30 to 60 per cent. People also invested in improving their homes and in additional income-generating activities (IGA), such as the raising of pigs, ducks and chicken. They became more resilient.

For a copy of the full report, see the bottom of this article.

ATD Fourth World was one of the founders of the Global Coalition for Social Protection Floors, which now includes more than 80 NGOs all over the world. Its main task is to strengthen the political will to implement social protections floors. It seeks to encourage governments, social partners, academics and the media to contribute to the implementation and extension of social protection floors. In collaboration with the ILO, the coalition has started to work in five countries – El Salvador, Myanmar, India, Iraq, and Zambia. More countries are to follow. The coalition will also push for legislation providing a right to social protection benefits. Social protection is a human right, and it is an investment in sustainable development.

For a copy of the UNICEF/ATD Fourth World Report (available in French only), click here.   The photos at the top of this article come from the UNICEF/ATD report.