Storytelling Workshop in the Philippines 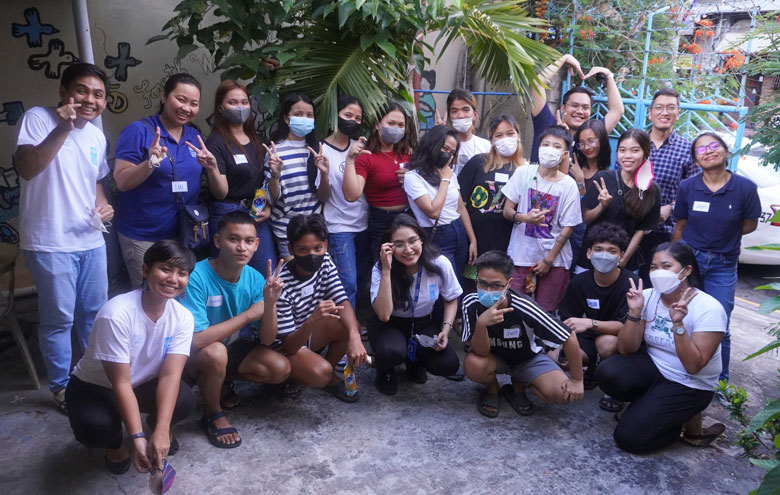 About: Youth participants of the Storytelling Workshop

In its work, the United Nations Development Program (UNDP) integrates human rights and gender equality, believing that everyone should have equal access to the benefits of development. The Movers Programme (part of the UNDP’s Youth Co: Lab) uses a training-of-trainer approach and works with community partners to target harder-to-reach groups. The Movers Programme supports the objective to leave no youth behind.

“Tell Your Own Story” 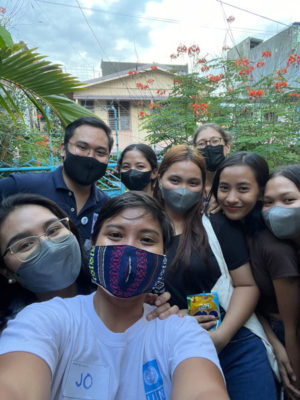 ATD Fourth World Philippines suggested to the Movers Programme that they organize a storytelling workshop. They agreed and “Tell Your Own Story,” a two-hour interactive workshop about storytelling, self-awareness and building trust, was born. Thirteen young people took part. They came from the Paco community of Manila and the Balagtas relocation site in the province of Bulacan. The workshop took place at ATD’s offices in Manila.

The workshop started out very positively. The young people liked very much the manner in which the Movers Programme handled the attendance sheet. On the sheet were name, phone number, and gender. But what made the sheet so good was that the gender option had a ‘prefer not to mention’ choice. This gave the youth some space and was comforting.

“I will be happy after this meeting if…”

The workshop then had each participant say their name and finish the sentence, “I will be happy after this meeting if… ”. As this was done, participants passed a small ball around. The young people said things like, “I’ll be happy if… everyone can take part in this meeting,” “everyone gets to enjoy the meeting,” “everyone gives each other respect,” “I can share this information later with other young people as well.”

This was a really nice way to start the workshop because all the young people did not know each other. The passing of the ball method helped each person take their time to speak and allowed the others to focus on the speaker as they held the ball.

Christian, one of the young people and a community leader, often took the initiative. The others in turn followed his example. Everyone took part in each activity. Christian’s examples gave confidence to the other participants. And the flow of the program went very smoothly. As Christian explained,

“The benefit I got from the workshop is that I became more open to the stories of others without being judgmental. I also learned the importance of storytelling because I got to share this with my fellow participants so that they also got encouragement to share their own story with others.

“I think what I did is just to give them encouragement. I always push them [the other young people] even if they were shy, telling them that they can do it. And I also go first. For example, I start to speak so they gain confidence to participate and express what they want to say.”

Unlike many organizations that ATD Fourth World Philippines encounters, the Movers Programme did not give the impression they were teaching, but rather sharing.

For example, Jo from the Movers Programme felt like Rowie was quite reticent in the beginning of the workshop. But eventually she was really quite active all throughout the activities. Rowie also was very attentive and encouraged the other participants.

Everyone seemed to enjoy the afternoon. The flow of the workshop was very nice and simple. It was clear what to do and what would happen next. This allowed the young people to think ahead for the next activity.

The Movers Programme leaders were also very attentive to other participants. For example Olsen, who can get easily distracted, was called on from time to time. So Olsen felt very involved with the activities and stayed focused.

As this was a storytelling workshop, each participant gave a glimpse of their past, their current life, and their goals for the future.

The workshop gave the participants an opportunity to exchange stories they normally would never tell. Like Olsen, who after seeing one young person shed some tears about difficulty during pandemic, then shared his grief about not being able to see and bid goodbye to his relatives who passed away during Covid. This took place when participants were asked, “Ten years from now, if your children or someone else asked for your stories from the time of the pandemic, what would you tell them?”

Allen, an ATD Volunteer Corps member, felt it was a privilege to take part in this workshop. She spent some of her time with Lei, who is not very confident and was on his phone from time to time. She thought Lei must feel awkward, but he took part in the activities and enjoyed creating his Timeline (see below). Lei said he wanted in the future to try out for the Philippine Basketball Association. This was an unfullfilled dream of his father. So Lei wanted to achieve this goal for his father. He also shared that he was MVP (most valuable player) at a game during a tournament in Barangay.

The Timeline was an individual activity. Everyone was asked to present a chronology of their lives, but only if they felt comfortable doing so. Allen shared her Timeline to give the other young people something they could relate to. She also did this to describe the importance of education and to demonstrate that young people can dream.

The participants were very happy with the storytelling workshop. Some were interested in following the Movers Programme online and maybe someday working for them.

Overall, the workshop was really a nice time for all. After the workshop the young people stayed around, talking and continuing to interact.