The Struggle for a Decent Life 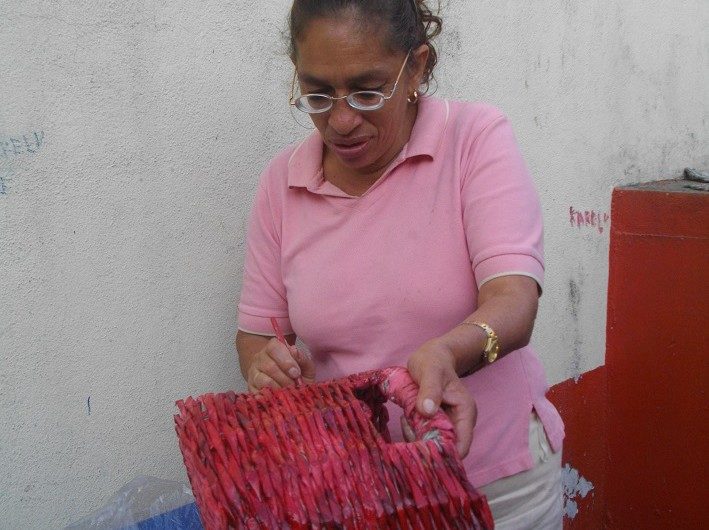 In 2017 ATD Fourth World invited activists, community leaders and regular citizens to document real life Stories of Change about situations of injustice and exclusion caused by extreme poverty. These stories show that when people work together, real change can happen.

ATD does not generally include the author’s name in articles on this site.  However, as Stories of Change express one person’s experience or opinion, authors names have been included with their stories.

The following story is from Maritza Orozco in Guatemala.

Neighbors mobilize to secure the right to housing, land, essential services and a dignified life.

I have lived in a small settlement in Guatemala City for nine years. I came here with my children. The settlement had been created four years earlier, and it is made up of 18 families from different parts of the country. Like me, they survive by doing informal work, or more formal seasonal work.

It has been a huge challenge to enjoy the right to a dignified life. We struggled for this and later after a great deal of effort, we achieved it!

On the plot of land where we made our home, there was no drinking water. I spoke to my neighbors to ask them to support me while trying to solve this problem, and in this way I got water every day through a hosepipe. As there was no electricity either, all the neighbors and I got organized, and they supported me while we applied to the energy supplier. However, the company said no because we had no documents to prove that we owned the land. We were forced to use electricity from the streetlights.

Several months went by in this way, until the electricity company found out about it and cut us all off. We spent two months in darkness, and then one day we decided to go back to them and insist that they provide us with a service. This time we made the supplier accept it, even without having the necessary documents. In the end though, not every family was able to pay to be connected.

After that, the neighborhood committee brought everyone together to tell us that we had to leave the land. They said that it belonged to the community school. Many people had nowhere to go if they left, and this made them very fearful. All the families were called together to discuss what we could do. We agreed that we had to legalize the land because then we would be able to live without fear of getting thrown out of our homes.

We also agreed on another thing: that we did not want to have the land for nothing. We were aware that it had a value, and we would pay that sum. To achieve this, we created a small committee that would take care of all the administration involved, and would keep us informed of progress. The first thing we decided was to go in search of the relevant authorities (the Ministry of Education and the Housing Fund) to request legal status. While we were asking a young committee member for some answers, it occurred to her that we could paint every house white — as a way to show our solidarity and to demonstrate unity.

It would also tell other neighbors that we were in the midst of a common struggle, that we did not want any trouble, and that the only thing we wanted was a place to live with our children. It was beautiful that all 18 houses were painted this same color!

The Ministry of Education told us that the school was not interested in the land, and that we could submit a request to the body that handles accommodation. After months of meetings and discussions with the authorities, we succeeded in getting the Guatemalan Housing Fund to begin the process to legalize our land and to provide the necessary documents.

Today, the majority of us have electricity, running water, drainage and so on, while a truck passes every week to collect our household rubbish. Some neighbors have started to build more permanent homes little by little, and now nobody is afraid of being cast off the land. This is in spite of the fact that the land has not been officially handed over to everyone, due to the public administration and its red tape. We know that it is a slow process, but we believe the struggle has already been won.

The unity between neighbors was absolutely essential. There was always good dialogue between us to reach agreements, and we listened to each other when someone put forward a suggestion. This solidarity grew out of the struggle that we all participated in together.