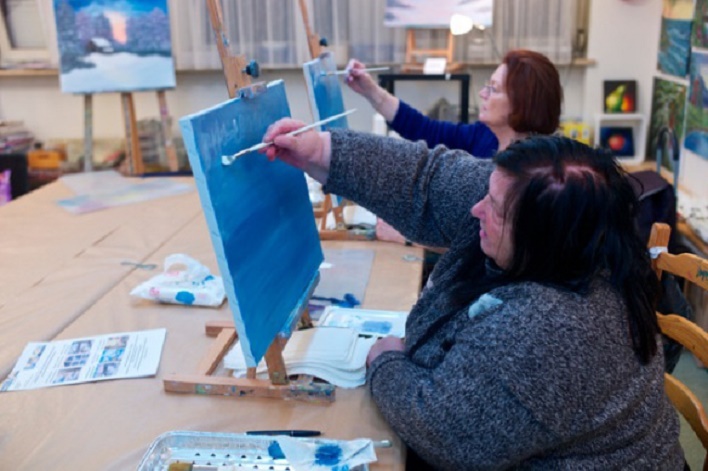 In this video Nelly Schenker discusses the tapestry of Joseph Wresinski’s life she made in 1991.

In 1989, Nelly Schenker from Switzerland met Pope John Paul II with a diverse, international delegation of other ATD Fourth World activists. This event inspired her to make a tapestry about the life of ATD founder Joseph Wresinski. It took two years of work for the 144 needlepoint squares…

The Tapestry of Joseph Wresinski’s Life video includes Nelly talking about Wresinski’s family, pet bird and when he arrived at housing camp at Noisy-le-Grand, where he would found ATD Fourth World. She also mentions 17 October, and the World Day for Overcoming Poverty.

She ends with:
What I hope is that everything he did will be recognized.
He made a world with us, we who live in poverty; he made an entire world!
When I think about it, today, we are even in China!
He started in Noisy-le-Grand, in France, with 250 families,
and now, we have really reached around the world!
And yet we forget that there are some people still left behind,
who are down, and we must reach out to them.
The thing is, we cannot forget the man who really made us into people who matter,
who told us, “Stand up! Walk onwards!
You have the right to inhabit this earth like everybody else.”
I don’t know anyone else but Fr. Joseph who did that.

More about Joseph Wresinski.
Standing Up to Poverty by Writing a Story of Change by Nelly Schenker.