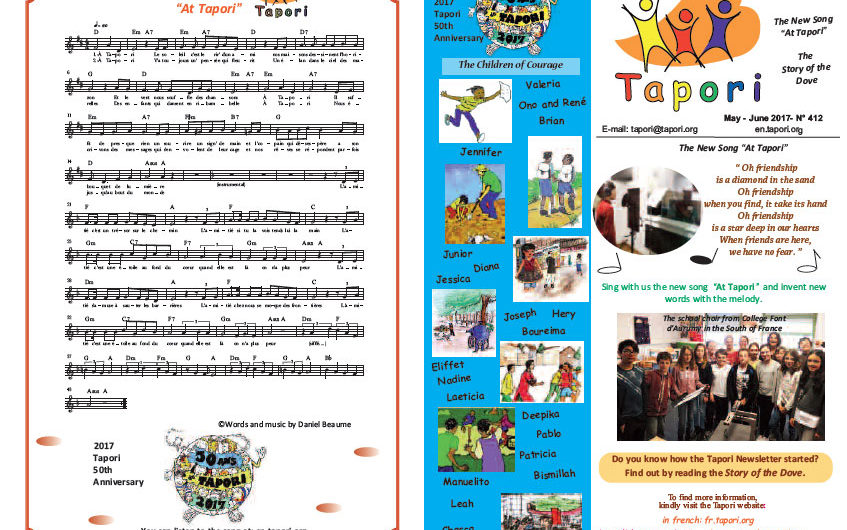 The Story of the Dove

This year, 2017, we are celebrating the 50th anniversary of Tapori.
This is the Story of the Dove, the story which tells how Tapori began
in 1967.

Francine* lived in the camp for homeless families in Noisy-le-Grand. It’s near Paris. The families who lived there had very poor houses without water and electricity.

One morning, someone knocked on her window. Francine looked up and saw the face of a little boy with uncombed hair. His face was
very red and he looked at her with big, serious eyes. She recognized André.

Francine smiled and opened the window. Shyly, André set a bird cage on the window sill. In it, there was a dove. He handed the cage to her and said: “Here, take it. It’s for you.”

“Yes, I love her very much. That’s why I want you to take her,” said André. “I had two but the rats killed one. Last night, they attacked this one. Look at her tail. All the feathers are gone. I don’t want her to die. Here there are no rats, so you’ll keep her safe.”

For the rest of the story, download the newsletter and see page two.

*Francine was one of the full-time volunteers of ATD Fourth World.
The volunteers live and work with families in poverty to fight with them against poverty.