Skip to content
Home > Europe > France > When the Shutters Opened

When the Shutters Opened 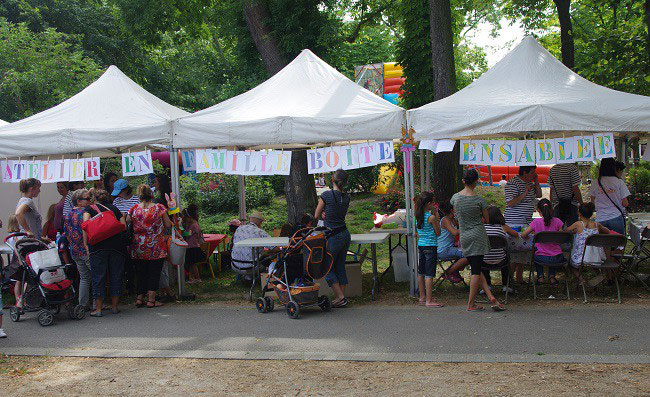 After years of patience, a couple living as shut-ins in France are welcomed in their community.

The shutters were always closed

I used go regularly to meet families in a housing project between a railroad track and a highway on the outskirts of Metz. In one of the buildings, the shutters on the first floor were always closed. That’s where Jeanne and Henry lived, isolated from the other residents. They had had very hard lives, with many health problems and a little boy who had been taken away by social services. When I met with them, other people in the housing projects disapproved.

“Why bother seeing them?” residents would ask. “Anyhow, they have nothing to say. They don’t do anything; you’re wasting your time”, they’d tell me. Or, “We’re not like them, they’re not nice people.”

Asking a favour opens the door

Each summer, the local ATD Fourth World team organizes a festival of learning in the housing project, a week of fun creative workshops with young people and families who want to offer their time and share their talents. One of the proposed activities was a computer workshop. For that, we needed access to an electrical power supply. I decided to ask Jeanne and Henry if we could use their electrical outlet, and  they agreed without hesitation.

Other residents asked us, “But why are you asking them? We could easily have supplied you with the electricity.”

On the first day of the festival, Jeanne and Henry watched us through their window all afternoon but didn’t come out.

Coming out of their shell

On the second morning, when we reached the housing project, we were surprised to find a table set up outside Jeanne and Henry’s window. In front of it was Jeanne, who greeted us and said, “I know how to make dolls out of cloth. Can I do a workshop?” We told her, “That’s great”, we told her. “Go for it!”

At first, the children were reluctant to participate in Jeanne’s workshop. They had heard others saying that they shouldn’t talk to those people. We decided to go with the children over to Jeanne’s table, and by the end of the day it was surrounded by a good-sized crowd. All the children were holding their own little dolls that they had made.

On the third morning, another surprise was waiting when we arrived:  a second table was set up next to Jeanne’s. Henry told the team, “I know how to do pyrography” [decorating wood or other materials with burn marks]. Of course we were overjoyed to welcome him, and this time we didn’t have to accompany the children to his table. They all came quickly themselves.

All week long, these two activities took place right alongside the other workshops. When the social workers who worked with the families learned about Jeanne’s and Henry’s talents, they asked them to conduct a workshop at the community centre.

Ever since then, Jeanne and Henry, who in the past rarely saw their son, have been able to visit him more often. They have even been able to welcome him in their own home.

When I think about the long road travelled with them over the years to enable them to finally emerge from the shadows and share what they know, I tell myself that those moments were the keys that unlocked the shutters on their hidden talents.