When Children Make a Difference 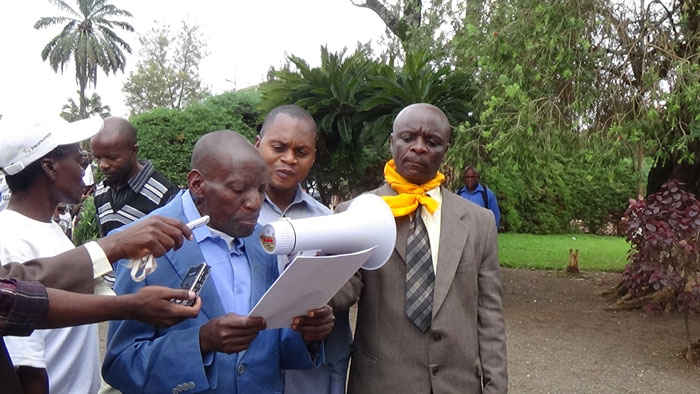 “Because We Want to Make It Happen”

The founder of ATD Fourth World, Joseph Wresinski, said, “A new humanity will see the light of day because we want to make it happen.” The children who live in my neighbourhood proved this in two important ways.

As part of Tapori, the ATD Fourth World children’s movement, they meet regularly to think about situations in which someone experiences exclusion. They imagine how to become friends with someone who doesn’t have any friends. As a result, they spent a festive occasion in the local prison with incarcerated minors on Universal Children’s Day in 2013.

Djuma, a young prisoner said that, “When I get out of this prison I will be a great Tapori dancer because dancing helps us forget about suffering.” At the end of the day, officials released a few prisoners and everyone applauded.

Since then, the children have done more. They mobilised an entire community.

Emile lived with his family in a small house made of mud that is typical of the neighbourhood. No one dared visit him. For a long time, his community ignored and excluded him.

Some people called him a “sorcerer” because he was poor. This reputation meant he was alone. He had no one to talk to other than his family. Because no one would go near him, he withdrew.

The condition of his house started to deteriorate. Even a small rain would have made it crumble completely. So the family had to sleep outside sometimes to try to avoid this risk.

One day the children were having a meeting to get ready for the Day of the African Child. They explained their dream that all children should have the same opportunities in life. One child said, “I don’t think I can be at peace if my friends don’t sleep well. When we talk about the right to a home, I think about the neighbourhood children who don’t have a place to sleep.”

I was surprised and asked the other children what they thought. Djibril, age 11, suggested, “We could go and build their house.” I certainly thought this would be difficult. But I remembered an earlier experience cleaning the water hydrant for World Water Day. Seeing the children work on this had led the adults to say, “This is no job for a child. It’s our job.”

The father of one of the children in the group liked the children’s idea. With his support, they offered to help Emile repair the house.

The Community Joins In

On the first day, they levelled the ground. Young passers-by noticed the work going on. They decided that they had to help with this task too. The next day two dozen children came to help. Shortly after, their parents joined in. Everyone used their skills to help each other. Everyone did whatever they could to help the project move forward. Some even took the initiative to ask for support from various associations. Finally, the entire community got involved and finished the house.

In May 2010, Emile represented his neighbours in Tanzania’s International Family Day celebration. There he met other families who struggle every day trying to make positive changes. It was during this event that people began affectionately calling him “Papa Emile”.

When he returned from the celebration, Emile told other families how proud he felt when the people he met in Tanzania showed him respect. A member of the group said to him, “You are a true father because you represented us well. You talked about our dedication.” “Emile the sorcerer”, previously despised, became once and for all “Papa Emile”. This encouraged many other families to get together in his home. Papa Emile had found his place in his community once more.

When I see Papa Emile today with other people in his community, I am confident that one day we will be able to have a world where we all look at one another as equals.