Skip to content
Home > Working and Learning Together > Which Economy Should We Choose?

Which Economy Should We Choose? 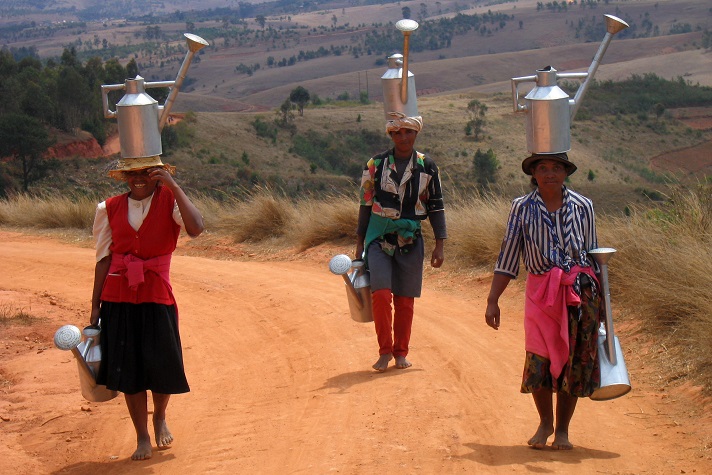 Can a market economy become an economy that respects people and the earth?

The economy produces the goods we need to live. But this word should always be used with a meaning that is noble and that contributes to a quest for peace and human rights throughout the world. Unfortunately, the term “economy” has been squeezed into a definition focused on a single kind of “market”. The “market economy” says it all in its name because the market determines what must be produced and how to produce it.

This market economy wastes essential resources and destroys the planet. It excludes people and pushes them towards migration if they cannot follow its mad rush to productivity and competitiveness. This market economy has also become about global finances. After oil, it covets the markets of water and agricultural land to ensure food security for the most developed countries, at the expense of small producers. Two billion people, including most of us, live more or less well in the market economy. We live within it even when we criticize it. However, five billion people suffer from the market economy and have even become poorer.

There is another word that can be associated with the economy: the word “human”. A “human economy” is one open to shared undertakings. It is also well-named because such an economy starts from people’s basic needs. It produces everything necessary for human dignity: healthy food, education for all, adequate housing, decent work, etc. Moving from the logic of the market to the logic of human beings would be a revolution.

Clearly, the question is how to move from a market economy to a human economy, “an economy that respects people and the earth”, one of ATD Fourth World’s priorities. If we start from specific people and from what they are undertaking we could regain control of the economy. I will introduce you to some people who are already inventing a more human economy. Some work alone. Others are involved in initiatives with people from different backgrounds in NGOs or enterprises that value solidarity.

Individuals Acting on Their Ideals

Faced with worldwide challenges, what is the result of these people’s initiatives? How can they have an impact in resisting and changing the market economy? Is what they are doing not just a drop in the ocean? We want to see the human being at the centre of the economy. And these few people represent those who suffer the injustice of the market economy, yet invent more than we can imagine. They challenge those who refuse this unfair economy and seek other ways of acting within it. They challenge politicians to take their contributions into account on an equal footing with the proposals of economists.

Carmen is from Spain. She lives in poverty. In fact, she was in despair in the face of her poverty and says that she wanted to die. However, now she has met other people who are working together to overcome poverty. She says: “I learned not to allow people to not respect my dignity.” Carmen represents the millions of excluded people in our Western countries who are isolated and invisible. They succeed only when they take charge of their own lives and do not remain simply beneficiaries of the market economy’s surpluses.

Currently, Carmen works as an ironing lady and receives additional help from the government. With this security, she now seeks out people who are as invisible as she once was. She helps them see ways that they can improve their situation and not give up. She also brings together the children in her neighbourhood to promote friendship among them.

Thérèse comes from the Republic of Congo. People call her “Mother Thérèse”, a term of respect. Her work is carrying loads of goods to the market. These weigh between 40 and 70 kilos and she transports them a distance of up to 10 kilometres, occasionally even more. “Sometimes my neighbour has nothing to eat”, she says. “I have nothing to give her. I already don’t have enough for myself. But I offer her half of my workload. We share the work and we share the money.” This woman is an expert in human economics. She even shares her basic necessities.

Jehida, Jean-François and Juliette are from the solidarity enterprise “Working and Learning Together”* (TAE) in France. People that the market economy long rejected created this initiative along with “well integrated” people who did not want to continue working for the market economy. Two similar initiatives exist in Guatemala and Madagascar. In these companies, people learn to work together. In fact, they learn to invent their work together so that it is productive and fulfilling. One employee says, “We work to produce and to be in solidarity with each other”.

Will we continue to suffer from the market economy? Or will we seek to be part of initiatives that promote an economy in which everyone can participate? When confronted with poverty, you make progress if you take initiative in your own life, along with other people, so you are not alone and dependent on assistance. As ATD Fourth World founder Joseph Wresinski asked: are we going to remain powerless by simply criticizing and complaining? Or will we, individually and collectively, rethink our ideals such as the ideal of an economy truly for all? This is the challenge of our era. The answers are within reach because we can make this decision in all our daily choices.

*Information on ATD Working and Learning Together Projects