Why do poor people stay poor? 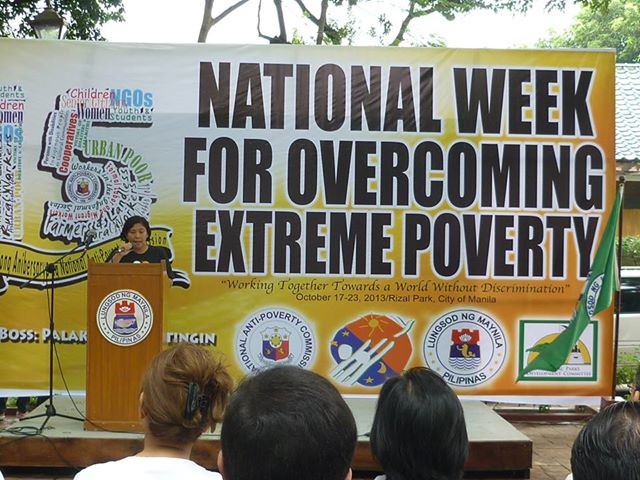 From the testimony given by Yeng Calaguas, yesterday at Rizal Park for the International Day to Overcome Extreme Poverty:

“What may be running in our minds is the question, “why do poor people stay poor or are able to live the kind of life they have?” Maybe as I used to think before, many of us believe that they are mere ’beneficiaries’, and that they always rely only on dole-outs. Because of our prejudices towards them, we tend to bury them deeper in their misery and helplessness. We neglect to see and hear their struggles, their concerns and aspirations. I used to think that giving charity to the poor was all that they needed. But talking to them, hearing their stories, slowly, the realizations came – that these people are so much more than mere ’dependents’ and do not just depend on others. They have their own struggles, a lot of sufferings, sacrifices, their reasons for being where they are, their aspirations.”