Skip to content
Home > At the United Nations > Women and Poverty: Statement to UN Commission on the Status of Women

Women and Poverty: Statement to UN Commission on the Status of Women 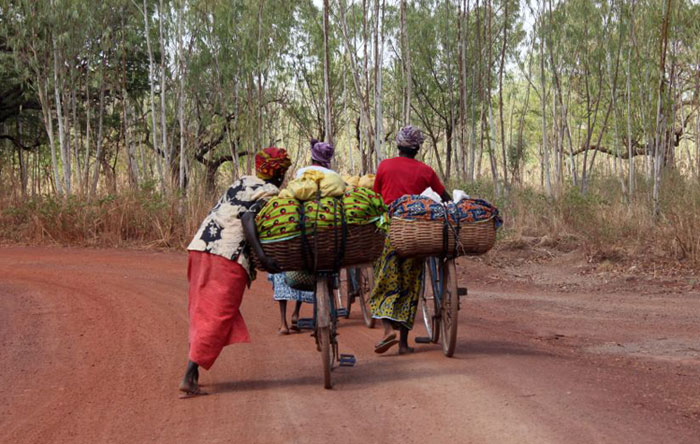 The International Movement ATD Fourth World has once again highlighted the particular injustices faced by women living in poverty. Below is a summary of ATD’s statement to the 65th session of the UN Commission on the Status of Women, held 15 – 26 March 2021.

Poverty is particularly harsh on women

The first part of ATD’s statement explores the many forms of violence endured by all persons living in poverty. It then sets out the adverse effects of poverty on women, which are different from those experienced by men. For example, in many developing countries, girls start working at an early age to support the household, which makes it difficult for them to attend school. As a result in one third of the world, a smaller proportion of girls than boys finish even their primary schooling. Because of gender discrimination, girls suffer poor treatment in schools, in the street, and at work, especially as domestic workers. Some even suffer hidden violence at home. In Europe, the ‘feminization of poverty’ is evident with the proportion of women amongst people in poverty increasing.

In addition, a great deal of women’s time is taken up in unpaid work.

One consequence of the Covid-19 pandemic has been to bring some of this hidden work into the light. Many people have recognised that women are crucial to the frontlines of the pandemic, either as caregivers or in low-wage jobs.

In many regions of the world, women are responsible for the family’s supply of water, food, and fuel for cooking and heating. While climate change is particularly hard on all people in poverty, its impact is greater on women due to such family responsibilities. Particularly in rural areas, they are also often less mobile than men, which makes it harder for them to access resources and decision-making processes.

As a result of the negative stereotypes that are prevalent about people in poverty, women in poverty tend to underestimate their skills and knowledge. In addition, poverty overwhelms them with the caring and day-to-day tasks required for survival, and so limits their freedom to act and get involved. Gender discrimination further reduces their access to decision-making processes.

Poverty must, therefore, be understood as not only a lack of income, but also a lack of power and an inability to make one’s voices and concerns heard. As a result, women in poverty find themselves in a vicious circle. Policy makers are less likely to take their needs and interests into account or even listen to them. As a result, the policies and programmes required to help lift them out of poverty are never put into place.

The second part of ATD Fourth World’s statement to the Commission looks at possible solutions and makes recommendations.

In many countries, ATD Fourth World has created ways for people living in extreme poverty to participate effectively in decision-making processes that affect them. This allows people facing the challenges of poverty to play an effective role in developing policies that improve their lives. In addition, this sort of participation can become a transformative pathway to self-confidence, dignity, and agency. ATD recommends that UN Member States find ways for women in poverty to participate in decisions that affect their lives.

ATD Fourth World has developed a way of working called Merging Knowledge, which aims to bring people facing extreme poverty together with policy makers and practitioners in relevant fields to talk and learn from each other. What comes out of these conversations is then fed into policy change and innovation. The UN has already recognised (in the 2019 handbook Leaving No One Behind) that such an approach “may take extra time and resources on the part of UN staff themselves. This requires UN staff to build their own capacity and adapt their behaviours.”

Working and Learning Together

The ATD Fourth World project Working and Learning Together (WLT) seeks to bring into focus and to value the work done by women living in extreme poverty. WLT provides alternative work experiences and training. This allows participants to generate new economic resources and re-establish social networks. It also aims to make the economy more inclusive of women living in poverty in order to lay a path to a more sustainable future.

Eradicating extreme poverty means looking beyond income to ensuring women living in poverty are able to exercise all their basic rights. This includes the right to education, healthcare, housing, and work that brings a decent livelihood. It also means recognizing the contributions that people in poverty already make, especially the unpaid aspects of women’s caring and providing roles.

More on the Commission on the Status of Women

More on ATD Fourth World’s work at the United Nations