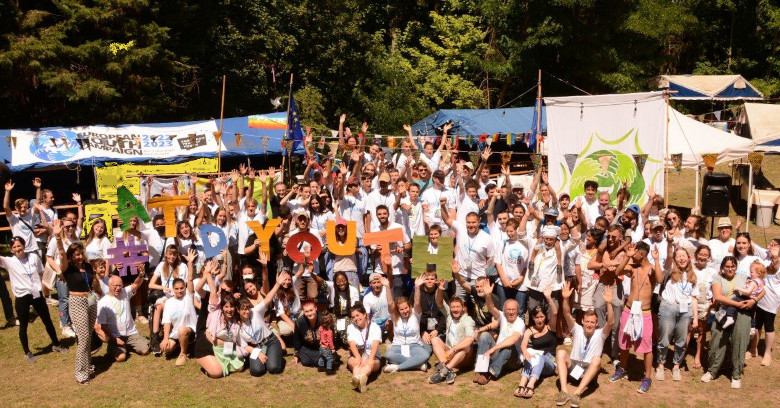 From July 7 to 11, the ATD European Youth Meeting brought hundreds of young people from nine countries to Méry-sur-Oise, France. They spoke different languages and came from different backgrounds. Yet after five days, strong connections had grown, the young people bonding over a shared motivation to overcome poverty. With renewed enthusiasm and energy, they left feeling stronger and more determined than ever to advocate on their own behalf.

Coming together to build advocacy

“What does it mean to be a young European living in extreme poverty today?” Young people from Belgium, France, Ireland, Luxembourg, the Netherlands, Poland, Romania, Spain, and Switzerland looked at this question from different angles during their time at ATD’s international center.

There, the participants found themselves able to go “beyond national borders”. However, several of the young people said they also looked at “the borders within, prejudices we may have when we don’t understand the person next to us”. Yet in the end, they said, “We built a circle of solidarity, of connections.”

At the gathering, organised within the framework of the European Year of Youth, young people met with Paulína Jalakšová from the European Youth Forum. And they spoke with representatives from the French Ministry of National Education, Youth, and Sports. 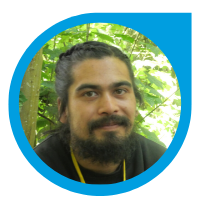 “I went to the 2017 European meeting in the Netherlands where I hosted a workshop, like I’m doing here in Méry-sur-Oise. I think it’s important to build things, to shape material, to understand what surrounds us a little bit. For example, here we’ve tried to make wooden earrings. Today we live in a society where we don’t have time to create things. But here, the idea is to work together, without anyone taking control, and adapting to each other’s rhythm.

“In my opinion, our future society has to be more localised, with an exchange of local information. I like knowing what I can give someone and what they can give me. It’s good to have a sort of autonomy in your environment so you can live in a way that suits where you are. When you listen to yourself, you can know how to feel better. But when your nose is constantly to the grindstone, you forget what’s essential–that you’re dealing with human beings.” 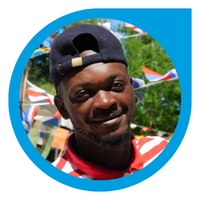 “For a better society, I think we need to invest heavily in education and training. It’s the basis of everything–for children, but also for adults who need to keep learning. There should be better training centers. For future generations, we should improve reading and place limits on social media in the digital world. Also, we need to teach young people respect for their elders. It’s important to remind them that a whole generation came before them.” 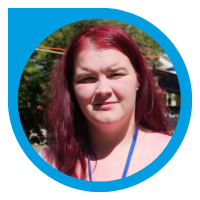 “We need to find solutions to harassment and inequities at school. All children should be on the same level. People should stop judging others without knowing them, stop labeling people. That just creates distance between us. Throughout my youth, I suffered from prejudices. There’s a lack of respect. But it’s difficult to change how society sees you. Everyone needs to come together to try to be better and not set a bad example. We live in a world that isn’t normal.

“Some people are afraid that their child will grow up in an impoverished world, that they won’t have anything. Parents want them to get a degree, get a job, and be able to buy a house. Everyone wants that for their children. No one wants them to be unemployed. And there are enough jobs to go around for everyone. Schools should try to pay more attention to students so everyone gets a chance in life.” 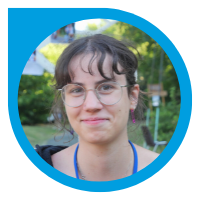 “I would love for adults to stop saying what is good or isn’t good for young people, and to actually listen to them. It is my dream that we all get treated the same, no matter our age or our background. I would love for everyone to have the opportunity to express themselves. In the future, I really want to be able to do what I love. It would be great to make choices without having to worry about money or administrative issues, and not have to suffer from this ultra-capitalist world.” 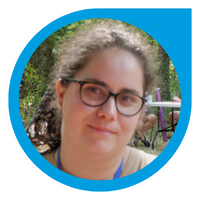 “At this European meeting, we see that there are so many similarities between countries and between young people. But we also see that there’s still a lot to be done everywhere. For example, I’m in an apprenticeship, and I see how schooling is too often dictated by our social background. It’s too bad because a lot of young people can’t afford school, and that holds them back in life.

“I urge everyone, especially politicians, to do something and stop talking into a vacuum. People should practice what they preach. To change society, if everyone adds their stone to the pile, we can make a path and build something together. I love this saying: ‘Alone we go faster, together we go further.’” 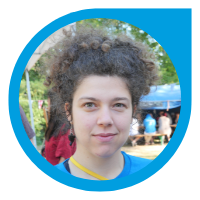 “There are both social and environmental problems we have to face. The two go hand in hand and can’t be separated. If we neglect the environment in the short term, the most poverty-stricken population will be the one to suffer the most. On my individual level, I am trying to act. I would love to be more involved in charities. But I currently live in Germany and I am French so it’s not so simple.

“I think it’s good that we are all here, all from different social standings but with a true sense of listening between us. We often hear that people living in poverty are just focused on their struggle to overcome poverty. In reality, they are just as aware of environmental issues and of women’s rights issues. These are not opposing issues. They affect all of society, and it’s important to include the entire population in these discussions.”

This article is based on excerpts from articles by Julie Clair-Robelet, published in issue n° 528 of the ATD Fourth World Newsletter.