A Headstone for Unmarked Graves of People in Poverty 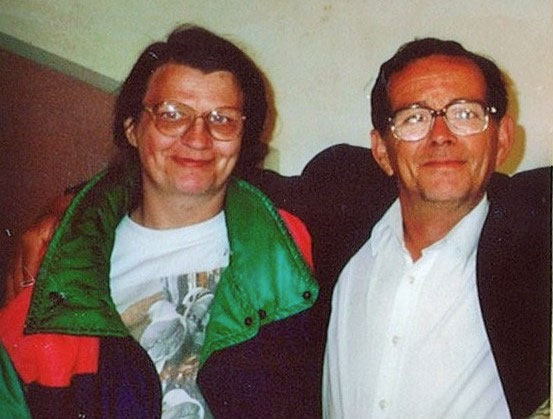 I got to know Rita and Graham in London in the year 2000. At the time, they were both very active members of ATD Fourth World in the UK. Even though their life was so hard on a daily-basis, they participated in numerous projects trying to influence the country’s social policy. They never missed a chance to bring along others living in poverty to our meetings and activities. I still remember today how often Graham repeated that it was all about togetherness.

A short while after I started working in the UK, Rita and Graham moved to Hull, a city in the North East of England. In their new neighbourhood, which had a lot of chronic poverty, they developed many friendships. These ties were strong because everyone shared the same hopes. At times, however, there were some tensions that a struggle for survival inevitably causes.

One day, Rita and Graham called us in London and told us about a project they had in mind. They wanted to get a headstone in the cemetery in memory of people in poverty buried in unmarked graves. Although we decided to support them, we didn’t understand why this project was meaningful to them.

With the support of a local pastor, they managed to involve other people in the project. Little by little they raised the money needed. We weren’t surprised when they wanted the headstone unveiling in 2002 to take place on 17 October, World Day for Overcoming Poverty.*

A Memorial for Unmarked Graves—and a Big Surprise

The headstone read: “In memory of all those who lie in unmarked graves in Kingston-upon-Hull”. Following these words was a message that Joseph Wresinski [founder of ATD Fourth World] delivered on the first World Day for Overcoming Poverty in 1987: “Wherever men and women are condemned to live in poverty, human rights are violated. To come together to ensure that these rights be respected is our solemn duty.”

A few years later, Rita and Graham put together an album that told the story of their personal and family struggle against poverty. The album was an important way for them to express what they had been through. For them, this was a way to add their story to history. It was only through this album that I learned about the premature death of one of their children.

They had had to bury their baby girl in an unmarked grave. None of us had known about little Amanda during the time Rita and Graham had spent working on the headstone in Hull. Seeing Amanda’s photo and the photo of the Hull headstone in the same album made me understand the full depth of their project. It was an expression of their strength and their desire to stand up to poverty and fight for justice, not just for little Amanda, but for others too.

Standing up to Poverty Can Take Many Forms

This experience illustrates how people in extreme poverty resist injustice and violence in different ways. This resistance, undertaken for themselves and for others, can often be invisible. Resistance like this is a kind of culture that enables people to stay on their feet and to create togetherness and a sense of community. I wish that each of us could experience this invisible culture. It is a gift that the world needs very much. It is a source of energy and hope, a source of motivation that I too can choose to set in motion.

*The United Nations World Day for Overcoming Poverty is marked around the world by ceremonies that both celebrate people struggling to overcome poverty and remember others who have suffered and died because of it.