An Appeal to Join Forces to Overcome Poverty 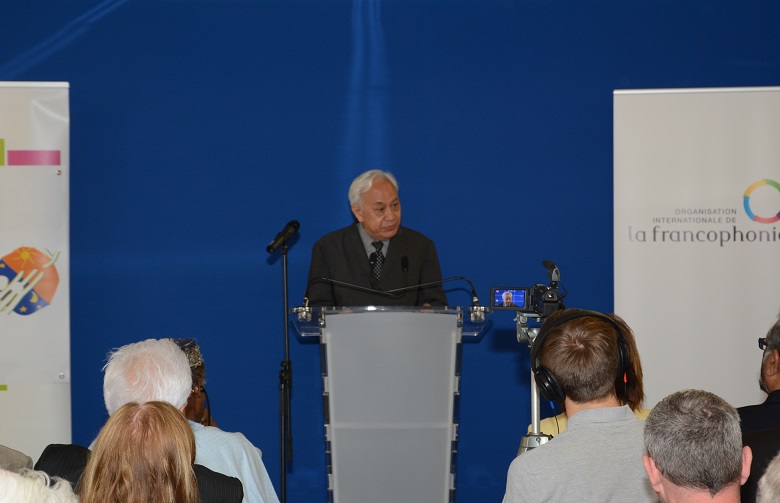 On 10 June 2016, the International Organization of La Francophonie (an intergovernmental body of French-speaking nations) hosted the formal meeting of the sixth session of the International Committee for October 17, which focused on the theme “Leave no one behind”.

How does the World Day for Overcoming Poverty contribute to building peace and meeting the Sustainable Development Goals (SDGs)? This question stimulated presentations and exchanges with participants from very different backgrounds — representatives of governments and international institutions, as well as representatives from the non-profit, cultural, economic, and spiritual sectors.

In her address, Michaëlle Jean spoke of her support for the International Day. She stressed that the French-speaking nations, the Committee for October 17, and ATD Fourth World have joined forces to make sure that the appeal to “leave no one behind” is included in international negotiations. This appeal “underlines the need to fight against all forms of discrimination related to poverty [and] compels us to challenge all types of isolation, particularly that of people who live in the deepest poverty and exclusion”. We will attain an inclusive world only by “rebuilding nations in collaboration with the most excluded people. In this process, we should not deprive ourselves of their intelligence, but rather make full use of it, and learn from the expertise they have of suffering and solidarity.”

For Donald Lee, the major breakthrough of the SDGs is that the United Nations agenda 2030 contains the pledge to leave no one behind, unlike the Millennium Development Goals, which aimed to reduce extreme poverty by only 50 percent and thus “were likely to reach the more visible and accessible [people] rather than [. . .] the less visible, most marginalized, and socially excluded people in society”.

He invoked Joseph Wresinski’s appeal in 1987 “to show the world that it was the violation of human rights and persistent discrimination that allowed extreme poverty to exist in the midst of prosperity” and that these injustices could be eradicated only if people living in extreme poverty are “treated with dignity and full respect for their human rights”. This appeal is central to the role of the Committee for October 17, which promotes the spirit of the World Day as a way to transform society.

Cassam Uteem welcomed the growing impact of the message of October 17. He evoked the 49 replicas of the commemorative stone and an agreement signed recently between the Indian Ocean Commission and ATD Fourth World that aims to strengthen the fight against poverty in Indian Ocean communities. He launched a compelling appeal to unite with people whose voices are not heard and to base the fight against poverty on human rights, as advocated by the UN Guiding Principles on Extreme Poverty and Human Rights. “It must involve the most destitute people as partners, or else the struggle is doomed to failure.”

Isabelle Pypaert Perrin, Director General of ATD Fourth World, reminded participants: “People who live in poverty, and who thus endure all kinds of violence, teach us the true meaning of peace. Every day they pay the price, most often in silence.” She commended the courage and intelligence of people who live in extreme poverty as they discover ways to live peacefully even in their difficult circumstances. “When will these amazing gestures of peace be recognized by a Nobel Prize?” The mobilization in 2017, she said, will “show that when we come together, we can defeat poverty. We invite everyone to join this meeting between people who fight poverty every day and people who carry an ideal of justice and fellowship.”

In the discussion that followed, many participants expressed their commitment to the goal of “leave no one behind”, for example through access to culture, education for all, support for families in poverty, education for peace, spirituality, and UNESCO’s International Decade for the Rapprochement of Cultures. Many also said that, in their own fields, they wanted to collaborate in the mobilization of 2017. 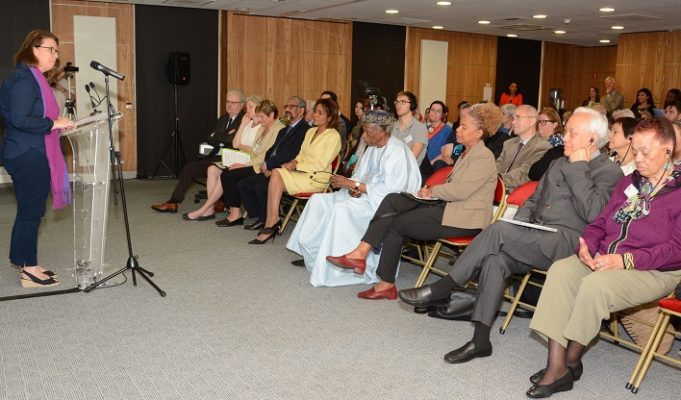