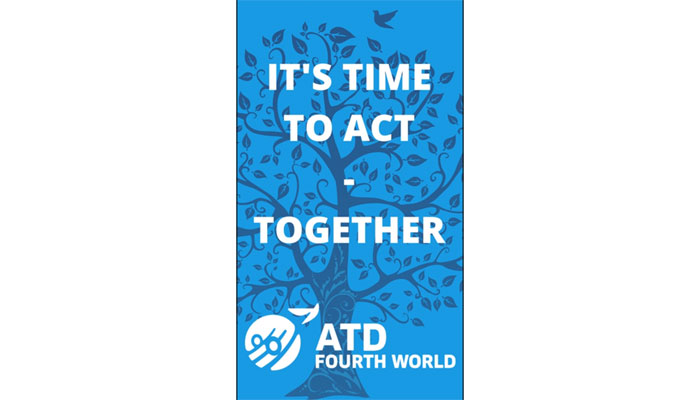 For the 2022 UN Climate Change Conference (COP27) ATD Fourth World will be represented by six young people from Burkina Faso, France, Kenya, Spain and Senegal. Taking with them the perspectives of those with fewest resources, they will advocate for climate action that contributes to the elimination of extreme poverty. COP27 will take place in Sharm El Sheik, Egypt from 6 to 18 November, 2022.

People and communities in extreme poverty around the world are hardest hit by the effects of climate change. Yet they are the least responsible for its causes and have the fewest resources to protect themselves from it. Their suffering caused by the recent extreme climate events (cyclones, tornadoes, floods, droughts, heat waves, forest fires, etc.) means they must be at the centre of climate action.

As stated in the 2015 Paris Climate Accords, the eradication of extreme poverty is an integral part of climate action. This was reiterated in the Glasgow Climate Pact last November, which recognises the need “to ensure a just transition that promotes sustainable development and poverty eradication, as well as the creation of decent and quality jobs”.

Sustainable Development Goal 1 aims to “End poverty in all its forms everywhere”.

ATD Fourth World calls on all international and national institutions, governments, local authorities, businesses, NGOs, and citizens to unite and act in order to implement climate action that contributes to eliminating extreme poverty.