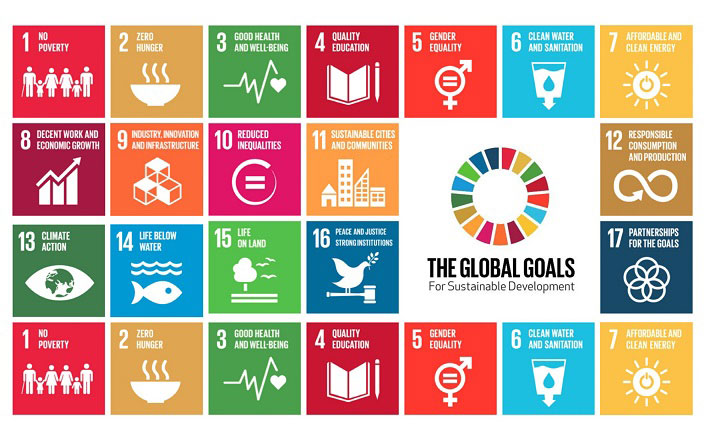 Message of Isabelle Pypaert Perrin, Director General of ATD Fourth World International, on the occasion of the World Day for Overcoming Poverty, 17 October 2017

On 25 September 2015, 193 heads of state gathered at the United Nations in New York and committed their countries to “End poverty in all its forms everywhere”. They adopted seventeen Sustainable Development Goals to be reached by 2030. For the first time, these goals concern all countries. After years of intense lobbying, ATD Fourth World and partner organisations like the International Trade Union Confederation (ITUC) and Social Watch succeeded in including “leaving no one behind” as an integral component of these goals, thus breaking with policies that seek to reach only some of the people concerned.

When anti-poverty programmes aim at including only part of the population, then the organisations responsible for developing them often engage first with the people who are most likely to succeed. This approach may allow these organisations to reach their objectives, but is it necessarily effective? An international participative study that evaluated the Millennium Development Goals showed that it is not. (See: Challenge 2015, Towards Sustainable Development that Leaves No One Behind, a participative action-research undertaken by ATD Fourth World with 2,000 people, most of whom live in poverty or extreme poverty.) The experience of ATD Fourth World shows that the people most affected by extreme poverty reject a practice that excludes the most vulnerable among them when anti-poverty programmes are implemented. (Read our Story of Change, Leaving No One Behind.)

This is why, on 25 September 2017, ATD Fourth World, Global Call to Action against Poverty (GCAP), and other organisations urged governments of the signatory countries to do all they could to achieve the Sustainable Development Goals. (Read our press release.)

On this year’s International Day for the Eradication of Poverty on 17 October, people around the world will also be called on to commit themselves to “leaving no one behind”.

In order to leave no one behind, another important issue must be faced: extreme poverty cannot be eliminated as long as it is measured by arbitrary monetary indicators, such as establishing the threshold of poverty at $1.90 per person per day (a threshold used by the World Bank since 2015). These indicators might reveal part of people’s reality, but they are misleading when determining the extent of poverty in Europe or North America, as they suggest that a small increase in income will change people’s situation. They render completely invisible the existence of people who may have more than a specified minimum income but who have to struggle every day against the reality of exclusion, which can prevent them from changing their own lives and the lives of their families.

The monetary indicators can give the misleading impression that some countries will have resolved the question of extreme poverty, and others not. They prevent public authorities and civil society from taking the steps necessary to achieve the first of the Sustainable Development Goals: to end poverty in all its forms everywhere by 2030.

ATD Fourth World and Oxford University are currently undertaking an international participative research project to look at the different aspects of poverty and how they are measured. People who live in poverty are involved in this research alongside other experts. The multi-faceted and complex reality of poverty needs to be much better understood, and people who endure poverty daily are best placed to bear witness to this reality.

Some of the other indicators used by the international community are multi-dimensional, but none of them currently take into account the related aspects of contempt, oppression, and social exclusion that are the source of so much pain and suffering. In Europe, a family explained that whenever they try to set up home, they are driven away because they are not wanted in any neighbourhood. People call them “cockroaches”, and this despicable name follows them like a curse wherever they go, preventing them from finding somewhere to live and bring up their family. This family cries out in their distress: “We are not dogs, to be despised everywhere!” In Latin America, members of ATD Fourth World who are involved with young people living on the streets near a huge communal rubbish dump are told that nothing good can come from these young people and that ATD should invest its energy elsewhere with young people who are better placed to grasp future opportunities.

People who struggle daily against extreme poverty know what it is to have their humanity denied and their ability to contribute to the world disregarded. When they are listened to, they express their hope to take their destiny into their own hands and find their place in society. This hope is expressed in all countries and in all societies and should be the driving force behind all our efforts to achieve the Sustainable Development Goals. Our common recognition of the dignity of every human being, and the peace that ensues, must finally and definitively become a reality for everyone.