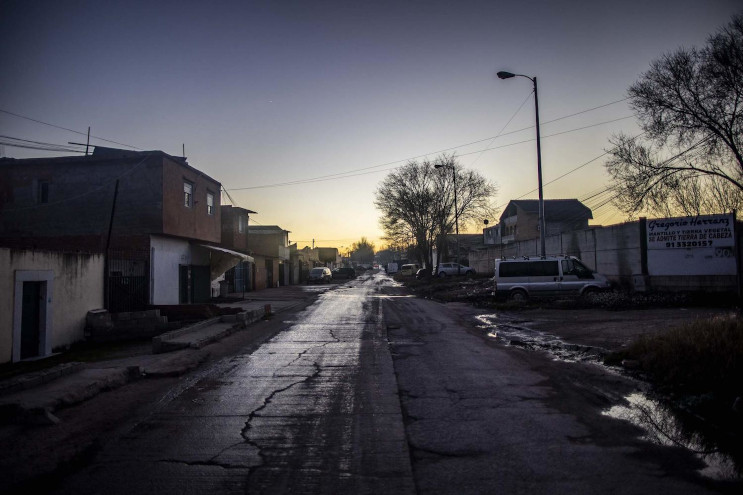 Above: Cañada Real on the outskirts of Madrid.

The Spanish government should provide electricity to thousands of families living with no power.

After an unprecedented decision by the European Committee of Social Rights (ECSR), human rights organizations call for the Spanish government to immediately restore the power supply to Cañada Real. Located on the outskirts of Madrid, the area is Europe’s largest shanty town.

On March 2, 2022, five organizations submitted a collective complaint to the ECSR. These organizations were Defense for Children International (DCI), the European Federation of National Organisations Working with People Experiencing Homelessness (FEANTSA), European Magistrates for Democracy and Freedoms (MEDEL), Trade Union Confederation of Workers’ Commissions (CCOO), and ATD Fourth World. Supporting their complaint was Civic Platform for Light in Cañada Real along with legal advice from Gentium.

The complaint stated that there were violations of human rights in Cañada Real.

This complaint was the first of its kind against the Spanish government’s noncompliance with the European Social Charter.

The unprecedented decision passed unanimously on 19 October. In it, the Committee ordered the Spanish government to “adopt every possible measure to avoid grave and irreversible harm to the Cañada Real residents who do not have adequate access to electricity”. The Committee emphasized that,

A lack of energy supply has a devastating impact on the lives of affected people. Without electricity, they cannot safely store fresh foods and medicines, use certain medical devices, or shower with hot water. All this can foster disease and worsen pre-existing medical conditions.

The continued interruption of the power supply and the lack of measures to restore it mean that the Spanish government is violating a number of rights. These include the right to adequate housing, as well as the right to quality healthcare and education. In addition, a lack of electricity violates the right to protection against poverty, social exclusion, negligence, and violence. The European Social Charter also states that men and women should be treated equally. And finally, the Charter specifies a right to social integration and participation in community life. All of these rights are inaccessible without access to electricity.

According to the Committee, Spain will have to respond to the allegations before 15 December. As of this time [November], the Spanish government has yet to implement any measures to restore the supply of power or provide an alternative to those impacted.

Javier Rubio, the spokesperson for Civic Platform for Light in Cañada Real has stated, “We are proud of the decision by the ECSR. But we are also conscious of the many obstacles that remain. Now more than ever, we are encouraged to mobilize with our partners for the immediate restoration of electricity […] [We] are requesting a committee to monitor the current situation. And we ask for justice for Cañada Real.”

Freek Spinnewijn, Director of FEANTSA (which has pushed for the right to housing in Europe) also welcomed the ECSR decision. Yet he emphasized the ongoing need to protect the rights and dignity of society’s most vulnerable people.

For President of MEDEL Filipe Marques, “Guaranteeing the minimum to live on in every society entails respect for human dignity. It is an obligation for all governments, individuals, and businesses. This decision gives back human dignity to thousands of Cañada Real residents. We welcome the decision and hope that Spain implements it fully as soon as possible.”

Daniel García Blanco, Secretary of ATD Fourth World in Spain, emphasized that there is more work to do. “By combining our strengths and knowledge”, he stated, “we persuaded organisations such as the ECSR to respect the rights of those living in extremely precarious situations. However, for these recommendations to be fully implemented, we must continue to work together. This precedent opens new pathways for other populations facing extreme poverty and indignity.”

Manuel Rodríguez Núñez, Secretary of Social Policies and Diversity at CCOO, declared that, “From the syndicate we congratulate ourselves for this decision, the first one of its kind in Spain… It corroborates that human rights have been violated in Cañada Real Galiana. We demand that the Spanish government, the Community of Madrid, and the municipalities of Madrid and Rivas Vaciamadrid immediately restore and guarantee the energy supply for the entire population. It would be absolutely shameful if the residents of Cañada Real, including 2,000 children, have to face another winter (which would be the third one) without heating.”

“We rejoice in this historic judgement by ECSR as it takes into consideration the lives of Cañada Real’s children and teenagers”, stated Alex Kamarotos, Executive Director of DCI. “This decision justifies the efforts and the solidarity that have been developed for years. We hope that there will be respect for fundamental human rights before the winter comes. Otherwise [this situation] will only create more victims. We ask that national, regional, and local governments, together with Cañada Real’s residents, propose a collaborative solution… These measures should consider the 2020 report by Philip Alston, the United Nations Special Rapporteur. This report presents a detailed and heart-wrenching description of the poverty and social exclusion that thousands of Cañada Real families experience every day.”