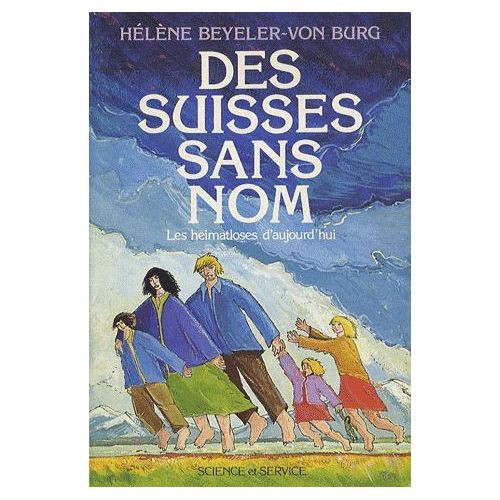 Many children in poverty are forcibly separated from their families despite various national and international statements regarding the right to family privacy and family protection. Children are taken away from parents and siblings can be separated forever. Obviously removing children is appropriate in cases of abuse and neglect. However, when “neglect” is simply poverty, this is deeply unfair and devastating to all family members. The article below describes what happened in Switzerland.

Thanks to the courage of people in poverty, a country apologises for how children of poverty were coerced into foster care, echoing how the strength of a society is measured by the well-being of its weakest members.

From the 1880s until 1981, tens of thousands of Swiss children were coerced into foster care and required to work for a living, often on farms. It was usually on a Sunday, as soon as church services were over, that these children were auctioned off to whoever would house them for the lowest fostering allowance. They were unilaterally placed in farms, homes, or institutions without a court mandate, without their own or their parents’ consent, and often with the agreement of churches.

This was done primarily because they lived in poverty, were born out of wedlock, lived in difficult family circumstances, or were considered to be “difficult”, unruly or uncooperative. The children of such coercive “care” placements were subject to degrading and inhuman conditions on a daily basis, including inadequate food and shelter, violence, and exploitation. Switzerland, which knew how many cattle it had, had no records of the number of children who were victims of these coercive foster care placements.

One man who was auctioned like this said that he spent his childhood working in a stable from 4am to 10pm every day. “I felt guilty for being alive”, he added. “Whenever we were questioned, we were to answer only with a ‘yes’ or ‘no’ and if our answer was wrong, we knew we’d be whipped.”

Another man described his experience of being raised as a child labourer. “There was a housemaid who always tried to protect me so that I would be hurt as little as possible. One day she wasn’t there any more. I tried to find out where she had gone and why. That’s when someone told me, ‘She was your mother’. Because she had been an unwed mother, the church and the township made her sign a paper promising she would never say she was my mother. That was the price she had to pay to be near me.”

Augusta Savary and her three siblings were sent to live with farming families after the tragic deaths of their parents. “When I left school at age 15, I was sent to yet another family to work as a servant. They sent me away as fast as possible when they found out I was pregnant. They didn’t want me to keep my child. He was sent to a family that took care of him but told him I was no good. Everything I earned was taken for them to raise him.”

During this period, Swiss people living in poverty were judged and treated so harshly that they did not know their personal and collective identity. Many of them came to believe what they had heard their whole lives: that they were hated and inferior to others. Augusta declared: “People will hate us until the day we die”.

In 1965, ATD Fourth World began working in Switzerland. This became an opportunity for people living in extreme poverty to come together to examine their past and to gradually demand recognition. The families would share with the ATD volunteers living with them their personal experiences: “Why were our parents poor? I don’t even know where they were buried. I don’t know where my children are. It’s like a black hole eating up my life.”

Gradually, through the People’s University sessions facilitated by ATD Fourth World, they took an active role in the process of discovering their personal history and examining their collective experiences. Previously, they had never been given recognition anywhere. This was what caused them the most pain; never being listened to, taken seriously, or understood.

In 1984, ATD Fourth World published Swiss People Without Names [Des Suisses sans Noms] about the ways people in poverty were treated by social services. The book used pseudonyms to protect each person who contributed. Augusta Savary, quoted above and now deceased, was one of the contributors, under the name “Rosemarie Chevalier”. More than thirty years later, her family is now proud of having her true name associated with this book. However, this involvement of families was not without its risks. In fact, the first members of ATD Fourth World who spoke on television of their treatment were harassed and accused of lying and bringing shame on their communities. Some were evicted from their homes or confronted with petitions asking them to leave town.

However, over time, through organisations and as echoed by historians and journalists, an increasing number of people came forward to speak of their deeply buried memories. Finally, in April 2013, the Swiss Government apologised to the people victimised by these coercion policies. Justice Minister Simonetta Sommaruga (who served as the nation’s President in 2015), in her formal apology, admitted that the state-sanctioned abuses were only acknowledged when its victims dared to speak up.

Children whose sense of identity had been ravaged, later as adults were helped to meet others who had shared their fate. Together they realised that they were not to blame and found the courage to protest this injustice.

Despite its reputation as a country supporting democracy, Switzerland, in common with many other countries that punished families for being poor, made little or no official references to the reality of poverty existing among its population throughout its history. Because the most disadvantaged people have never had a voice, the memory of them was ignored or existed only in descriptions, often judgmental and wrong, left by their privileged contemporaries. As Ms. Sommaruga stated, “No longer can we continue to look away! This is not just about victims and perpetrators. It involves every one of us, because looking away is also a form of taking action.”

Nelly Schenker, an activist with ATD Fourth World, is a member of a group called “Researchers of History for Our Children’s Future”. In November 2015, the group met with Luzius Mader, Deputy Director of the Swiss Justice Department, responsible for coordinating a study about “the use of coercion” by social service agencies. ATD Fourth World told Mr. Mader that in many cases poverty was — and continues to be — the only reason for children to be put in foster care.

Another official, Olivier Baud, Secretary-General of Geneva’s Public Department for Youth said to the family members, “You were in that situation only because your families were poor…I am wondering whether still today poverty is a reason for some foster care placements.”

The formal apologies from the federal council and other institutions were followed up by concrete commitments. People are allowed access to files kept on them, and administrators are banned from destroying files. An ombudsperson has been named to gather testimonies, grievances and requests. And, finally, the government initiated detailed historical work, proceedings towards reparations, and the drafting of new legal measures to prevent similar situations.

A new page of history is being written in Switzerland. By taking responsibility for its past, the country is beginning to live up to the ideal in its Constitution: “The strength of the community is measured by the wellbeing of its weakest members.”

Note: This story has been excerpted from the chapter “Sharing a Common History Never Understood or Documented: Swiss Citizens Without Names” in Artisans of Peace Overcoming Poverty, Volume 3: Understanding the Violence of Poverty, pages 124 — 136, by Diana Faujour Skelton and others, ATD Fourth World, 2016.

In 2017, ATD Fourth World invited people around the world to document real-life “Stories of Change” starting from situations of injustice and exclusion caused by extreme poverty. These stories, from activists, community leaders, and others, show that when people work together, real change can happen. For more “Stories of Change”, click here.