Commit to a Profound Transformation of Our Societies 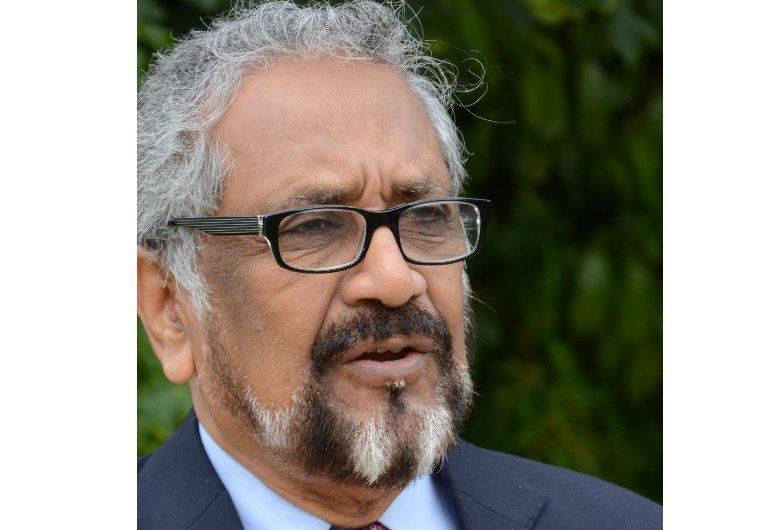 Message from Mr. Cassam Uteem, President ATD Fourth World International, on the occasion of the World Day to Overcome Extreme Poverty on 17 October 2017.

This year marks the 25th anniversary of the recognition by the UN of the International Day for the Eradication of Poverty.

This international day originated on 17 October 1987 when 100,000 people gathered on the Plaza of Human Rights and Liberties in Paris, at the very place where the Universal Declaration of Human Rights was signed in 1948. These people were responding to the call of Joseph Wresinski, founder of ATD Fourth World and whose 100th anniversary we are celebrating this year. He had experienced great poverty, hunger, cold, and persistent want, but also the contempt and condescension in which we are obliged to live when we depend on the generosity of others.

The ATD Fourth World Movement, which he founded in 1957 with families living in extreme poverty in the Paris region, is not an association offering charitable assistance to people in poverty. It is a Movement in which people in poverty can gather, affirm, and strengthen their courage, fight for the recognition of their dignity, their right to exist, to be human beings among other human beings; a Movement where men and women from all walks of life and of all origins can come together, meet, and learn together how to overcome the most extreme forms of poverty.

Over the following 30 years, families facing extreme poverty around the world have identified with this approach, and have been joined by countless members of the public in their quest for justice and peace.

This International Day for the Eradication of Poverty is not another call for generosity. Rather, it marks an important break in relation to our way of thinking about solidarity; it is a call for a profound transformation of our societies.

The first break which this Day points us towards is contained in the text engraved on the Plaza of Human Rights and Liberties in Trocadéro: “Wherever men and women are condemned to live in extreme poverty, human rights are violated. To come together to ensure that these rights be respected is our solemn duty. ” There is here the assertion that extreme poverty is a violation of Human Rights, and that any policy to fight against poverty must therefore be a policy of access to fundamental rights for all.

The second break is also engraved in the marble stone in Trocadero: “On 17 October 1987, defenders of Human Rights from every continent gathered here…” Through this Day, families in situations of poverty have asserted themselves as defenders of Human Rights. If the most disadvantaged are no longer guilty and not only the victims of poverty; if they are the first defenders of Human Rights, then it is not only a matter of helping them, let alone controlling or educating them. It is the challenge of understanding their struggles and joining them in their efforts. Their participation, their intelligence and their voices are henceforth indispensable.

Over the past 30 years, this international Day that is now marked in more than 50 countries has greatly contributed to increasingly placing the fight against poverty in terms of access to Human Rights, as underlined by the United Nations Guiding Principles on Extreme Poverty and Human Rights.

For 30 years, this Day has been contributing greatly to a very important change of perspective for the international community, and therefore for all our countries, which have come to realise that it is not only a matter of reducing poverty, but of promoting economic, social and environmental development which sets itself an absolute imperative, that of abandoning no one, of leaving behind no one, as stated in the UN Sustainable Development Goals adopted in 2015.

For our societies to be truly sustainable, they require a vibrant and strong civil society. And even in countries where this civil society is alive and strong, the voice of the poorest is singularly absent.

Over the past 30 years, the International Day for the Eradication of Poverty has gradually contributed to the emergence of this previously absent partner, without whom justice, peace and fraternity will remain inaccessible to everyone.

It is the way forward, well beyond charitable assistance, a path into the future on which each of us is called to engage.