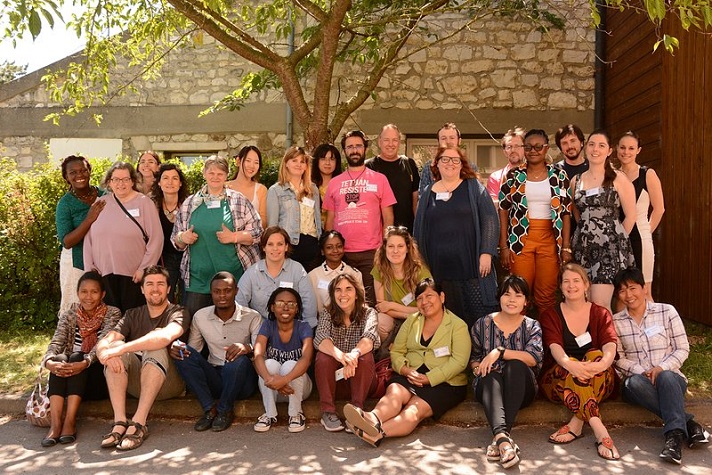 The question of how we communicate publicly goes straight to the heart of many of ATD Fourth World’s priorities: How can we choose words and images that recognise the positive contributions made by people in poverty? How can we make widely heard the voices of people whose intelligence has been discounted? How can we show that ATD Fourth World has a horizontal structure, with new projects being developed locally everywhere, and yet also with an overall coherence based on continual cross-pollination of ideas? How can our communications help us to connect with potential future partners who have a similar ethos to ours?

Below: Participants during a photo workshop. 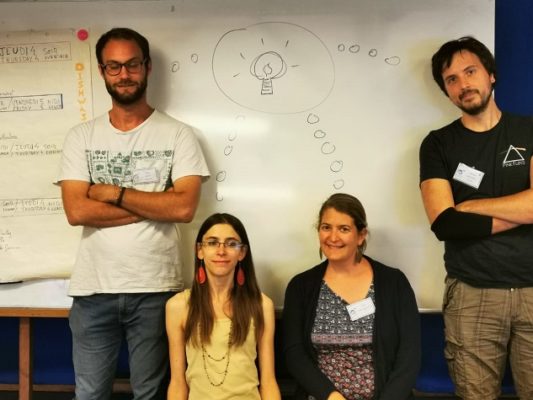 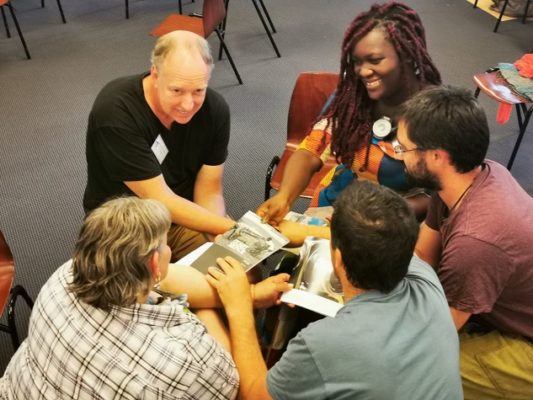 During the session, participants presented the different initiatives developed in their countries so that everyone could learn and feel inspired. For instance, those from the United Kingdom facilitated a Forum Theatre exercise based on a scene where people in poverty felt manipulated by journalists. As the exercise continued, participants jumped into the scene to experiment with ways to create an atmosphere of respect. This workshop was based on two projects. In “The Roles We Play,” from 2009 to 2018, activists from ATD Fourth World worked on taking ownership of their image in order to change perceptions about poverty. The second project is run by On Road Media, a non-profit group founded to improve media coverage of misrepresented groups and issues. The work begins in a peer group where people with lived experience of poverty from across the country can develop solidarity as a tool for each participant to strengthen their control over their own narrative. By participating in this project, members of ATD Fourth World had been trained in media relations and had opportunities to meet senior journalists from the BBC, the Guardian, Cosmopolitan, Channel 4, and the Daily Mirror.

Michelle Baena Ciriacruz travelled from the Philippines to run a photography workshop during the Comm’On session. She says that getting to know face-to-face other members of ATD Fourth World’s international community and being able to learn from their experiences encourages her to continue on with her advocacy. In this excerpt from her blog post, she wrote:

“I have a confession. Lately, I have been feeling what they call ‘advocacy fatigue.’ In my country that is now experiencing a number of challenges, including an increase in human rights violations and environmental problems, it seems to me that what volunteers and allies are doing is not enough to make a lasting impact on society. I have been asking myself, ‘How can my own contributions in communications and fundraising make a difference?’ The current political climate has been very harsh on our partner communities. In the middle of this soul-searching came the invitation from ATD Fourth World to participate in the Comm’ON session. At Comm’ON, my world view became clearer. Being able to share knowledge and take part in experiences in person with the other teams allowed me to understand more clearly the big picture of ATD’s decades-long work across the globe. I came to appreciate better how our own community-based efforts impact the international initiatives (and vice versa). Now, I am about to go home with useful tools and knowledge for the Philippines. I feel refreshed and empowered because, after all, we’ve got friends from all over — and all together we are working in dignity.” 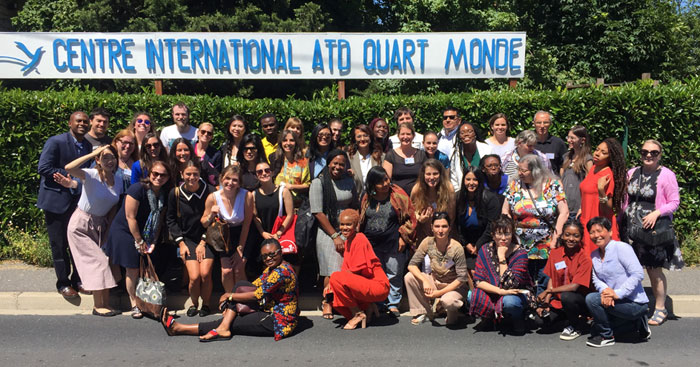 Other highlights during the session included: