Leaving No One by the Side of the Road 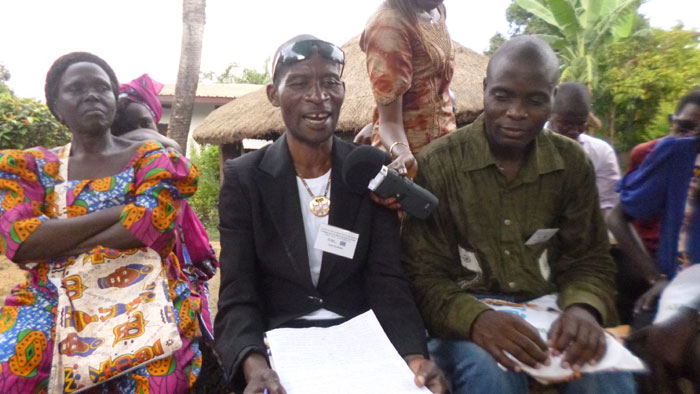 “What lies at the core of our group is the desire to go beyond our own interest in favour of the community interest.”

By Andre Kahiro (Democratic Republic of the Congo)

I am a member of the Burhiba “supportive families” network in Bukavu in the Democratic Republic of Congo. We were known as “the group of poor families fighting poverty”. Following the ideas of Joseph Wresinski, we removed the term “poor” and changed the name to “families joining forces to fight poverty.” All families, not just the poorest ones, need to be involved if we are to overcome poverty.

We visit other people in poverty who are living in situations that are even more complex than ours. We start by telling them our story and bringing them some hope. Our aim is that they decide to join our group so that they do not sink deeper into poverty. In addition, some of us visit sick people. Others repair paths and small streets and bridges in our district, which are all damaged and in need of repair.

I thought they would choose to help me

We regularly combine our efforts to help those who are in worse situations than our own. Our aim is to leave no one by the side of the road.

In 2013, our group decided to support one of our members to renovate his house. I had thought the group would choose my family since my house was in a very advanced state of dilapidation. Any dog could have actually come in and taken my child. However, someone put forward another family:  Mr K. who also had a house in a sorry state. Mr K. has a disability, and so does his wife. He told us:

I immediately saw that he and his wife had far more problems than I did because of their disabilities. I have my two legs and I can walk, unlike them. So I suggested the group help Mr K. first and help us later. I was overwhelmed when I said that, even if it meant having to sleep outside. But it was the right thing to do to help this couple first and foremost.

Providing support and inspiring others

I worked on the building site from start to finish. On the day we went to offer our support to Mr K., he and the whole family were very happy. His neighbour, seeing all the support and love we brought to this family, decided to join our family support network from that time on.

What lies at the core of our group, then, is to go beyond our own interest in favour of the community interest.