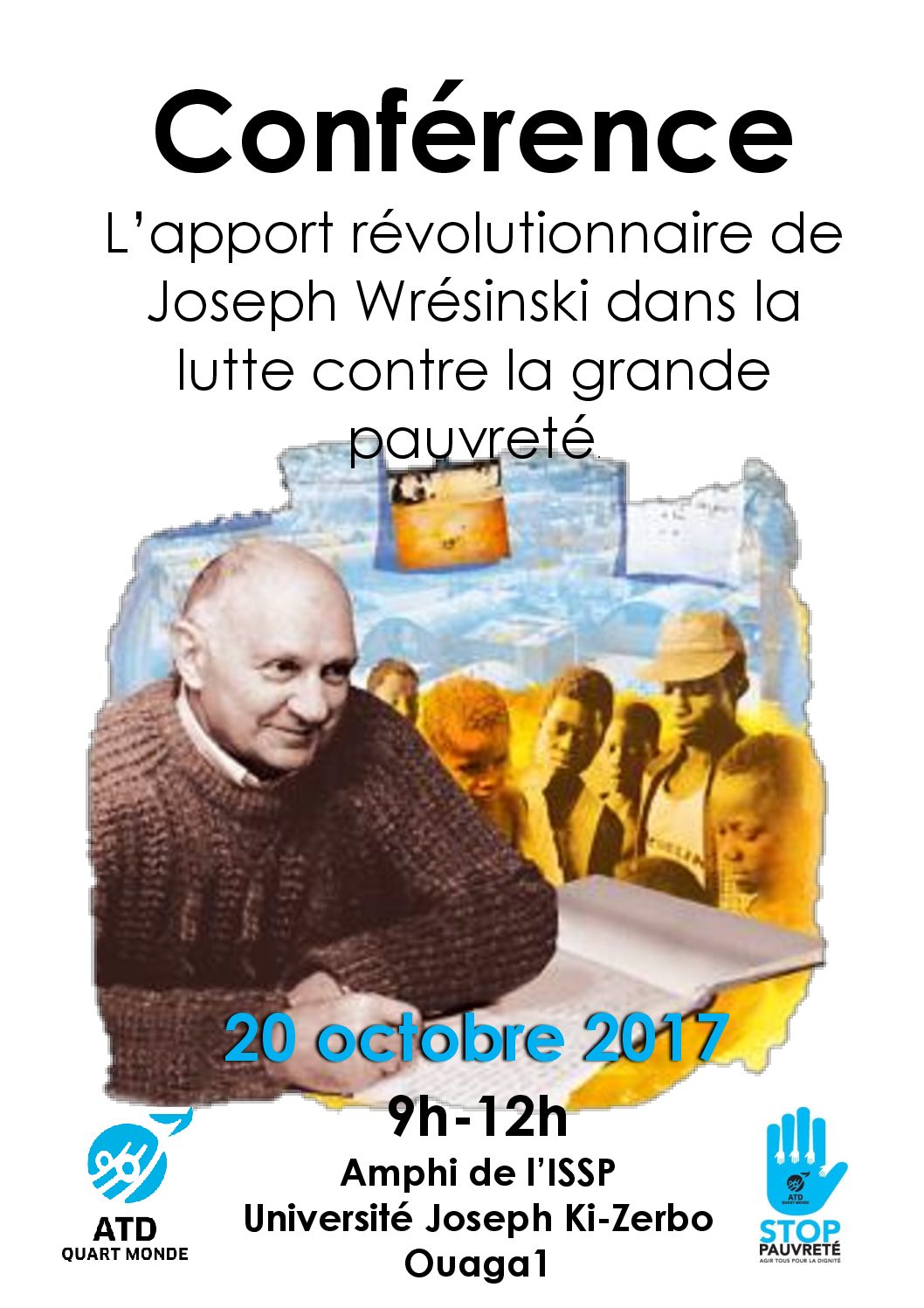 On Friday, 20 October, 9.00 – 12.00hrs, at the University of Ouaga 1 Joseph Ki-Zerbo, Burkina Faso, a conference for students on the revolutionary contribution of Joseph Wresinksi, the founder of ATD Fourth World, to the struggle against extreme poverty will be held; with Moses Compaoré, Faustin Ndrabu and Jean-Pierre Daud.

In addition to the conference, there will also be a series of interviews and special programs on the topic of the rejection of poverty on Radio France International (RFI) and in the Burkinabe media, as follows :