COP21, #SDGs, Recommendation No.4: Social Protection Floors in All Countries 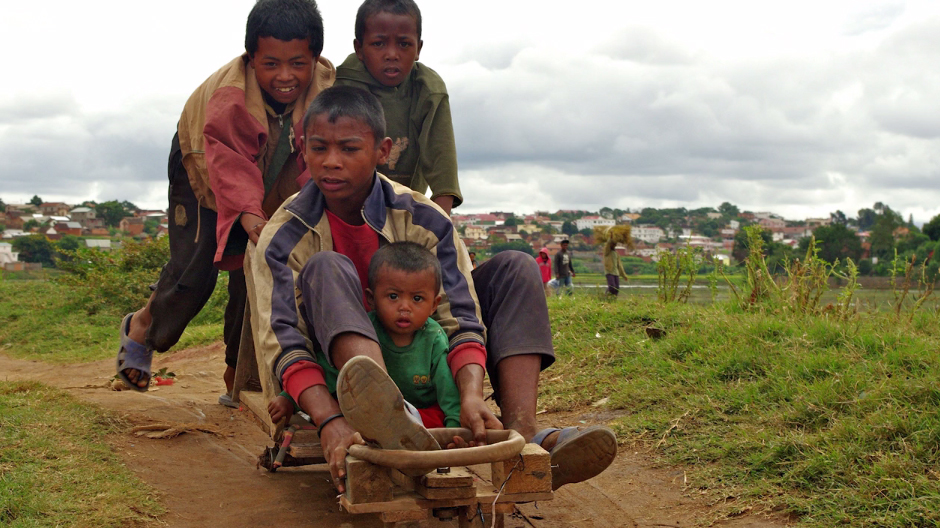 Here we present the fourth of ATD Fourth World’s five videos for the COP21 ­ Paris Climate Conference. Xavier Godinot, ATD’s Director of International Advocacy, explains in the introduction to each video:

Each video illustrates with grassroots examples one of ATD Fourth World’s five recommendations that are key for tailoring development and climate action to the needs of the most vulnerable. In this video, Recommendation 4: Implement social protection floors in all countries.

Video Summary:
This proposal from ATD Fourth World is to establish social protection floors in all nations, adapted to local needs. This idea is in conjunction with many other organizations, like the International Trade Union Confederation.

Half the world’s population has no social protection. This puts them at risk. In the aftermath of a natural disaster, people fare better if they are receiving government aide, like a child allowance or national health insurance.

In Madagascar, ATD Fourth World organized a census with families living at a landfill. This was in an area surrounded by pollution and prone to flooding. This census would not have been possible if the families living at the landfill hadn’t helped organize it. To an outsider, it’s impossible to know if a landfill is inhabited or not. But people living there do know! After this UNICEF funded a grant to pay ‘family allowances’. This was done through the nearest post office. It was important to show that public organizations were involved in the project.

The downside was the project only ran for two years. The effects of this project were positive. School enrollment and doctor consultation rates doubled. Another aspect was that the local families received IDs and became known to local government. Before the project, only about a third of the population was known to local authorities!

In the project aftermath, families invested themselves to improve their living conditions. They bought chickens, pigs and ducks. This allowed them to have extra resources in addition to the work they did on the landfill. This has helped increase the families resistance to adverse climate change and greatly improved their lives.

It isn’t possible for least-developed countries to finance the creation of social protection floors alone. Help will be needed. International institutions and richer countries must help. But this can only be temporary. In parallel, least-developed countries have to better organize their tax collection. This will take political will. But this is so these countries can become independent and self finance their own social protection systems. That way, these new systems are adapted to the customs and forms of solidarity of each country.