Skip to content
Home > Europe > Ireland > “Does It Only Happen to Me?”

“Does It Only Happen to Me?” 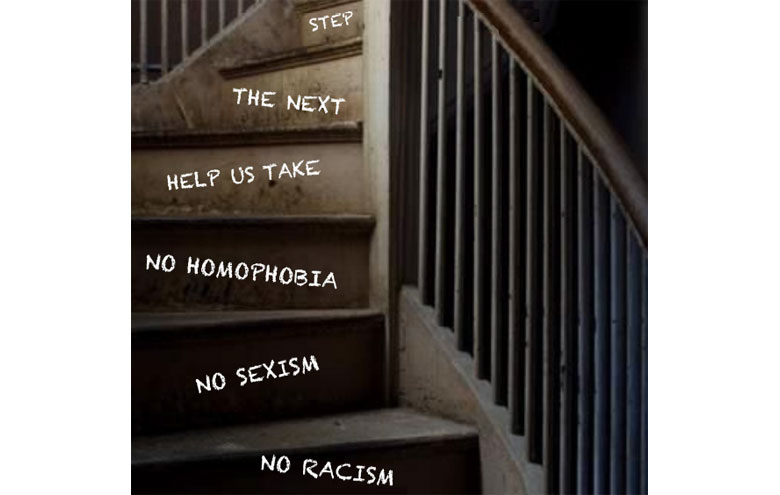 Last summer, ATD Ireland released a devastating report – “Does It Only Happen to Me?”, documenting how people in poverty experience discrimination simply because they are poor. In early October, the Irish government announced that the Children and Equality Department will begin a public consultation before the end of 2020 on making “socio-economic discrimination” illegal under the Irish Equal Status Act. ATD Ireland along with other partners to the campaign will contribute to this consultation process.

The ATD report describes the lived experiences of socio-economic discrimination against people from deprived backgrounds in Dublin. With concrete examples from real life, participants tell how they and people they know were treated unequally because of their background or neighbourhood. Not only is this discrimination unfair, it also had profound impacts on them personally. Over time, people became marginalized and disengaged. In addition, they developed feelings of shame and inferiority.

The ATD Ireland report describes how socio-economic discrimination is “a 24/7 experience”. According to Niall Crowley, former Chairperson of the Equality and Rights Alliance,

Bias against poverty and race is similar

The report describes discrimination based on poverty that mirrors strikingly messages of the Black Lives Matter movement against racial discrimination. 1 The report summary, for example, says:

“Almost everyone ATD interviewed mentioned experiencing nearly daily unequal treatment based on socioeconomic related factors such as their background, the way they speak or how they dress – and generally from a very young age. This cumulative daily experience and how it impacts mental health and emotional wellbeing cannot be fully understood by people from other socio-economic backgrounds. It affects the way people approach the services and professionals they meet in the public sector, and the context and quality of their relationship with them.

“[…]An interviewee remarked how other people take for granted the fact that they can freely roam around in a shop without either being followed, accused of stealing or kicked out based on their background, their appearance and what they felt comfortable in wearing – he ‘never had that luxury’.”

The report goes on to detail how this plays out in the areas of education, health care, and other services or contexts.

Being treated as less than others eats away at a person’s sense of self. When asked to describe how they felt as a result of such treatment, one person said, “Inferior. I feel that they are above me; feel like they have more rights than I have, even though they haven’t.”

Another person described how such treatment leads to a sense of marginalization or alienation from society, saying, “…[W]ith discrimination, it can just hammer away at a person until they just feel so insecure that they feel like they’re not part of society, and like they’re on the fringes all the time.”

“What is new and important”, insisted Crowley, “is a report bringing to the fore the voices of those who are subjected to this abuse.”

Despite a positive wider European trend, obstacles remain in Ireland

In 2014, Ireland established the Irish Human Rights and Equality Commission to oversee how the country mandates equality and enforces non-discrimination. In 2016, the country prohibited discrimination against people who get rent supplements, housing assistance payments, or other social welfare payments.

Additional efforts have been made to make it illegal to discriminate based on “disadvantaged socio-economic status” 3. Unfortunately, adoption of this measure was blocked in Ireland due to concerns regarding the expense of implementing this non-discrimination measure.

ATD Ireland hopes this report will help end the suffering, despair, and unfair treatment experienced by so many people in that country. They also hope that the report will contribute to a wider debate on the issue. Socio-economic discrimination has gotten more attention in recent years among European Union countries, notably in France. In fact, in 2016 the Irish Equality and Rights Alliance published a report showing that legislation in 20 of 35 European countries provides protection against discrimination on a ground related to socio-economic status.

“This injustice must end now”

As Paul Ginnell, Director of the European Anti-Poverty Network Ireland has stated, “…[I]t is not acceptable that someone can still be discriminated against because of their socio-economic status and the law offers them no protection. ”Does It Only Happen to Me?’ makes it clear why this injustice must end now.”

Ireland’s Children and Equality Minister, Roderic O’Gorman, has stated that the report of the public consultation process begun in 2020 will be brought to the Cabinet in 2021. “No one in Ireland”, Mr. O’Gorman stated, “should face disadvantage because of their address, or where they went to school.”

In a further development, family members presented on their experiences of socio-economic discrimination at a workshop organised by the Irish Human Rights and Equality Commission on 10th December, International Human Rights Day, in which 30 associations participated. ATD called for the much-needed legislation on socio-economic status to be introduced.

In addition, ATD, along with three other associations, has secured a meeting with Roderic O’Gorman TD, Minister for Children and Equality, to discuss SES, including the Government’s commitment to hold a public consultation on the issue. It is hoped this important meeting will take place in the first quarter of 2021.

Read more about the report “Does It Only Happen to Me?”

More on ATD in Ireland.