Skip to content
Home > At the United Nations > Elie Wiesel: Making Common Cause by Walking 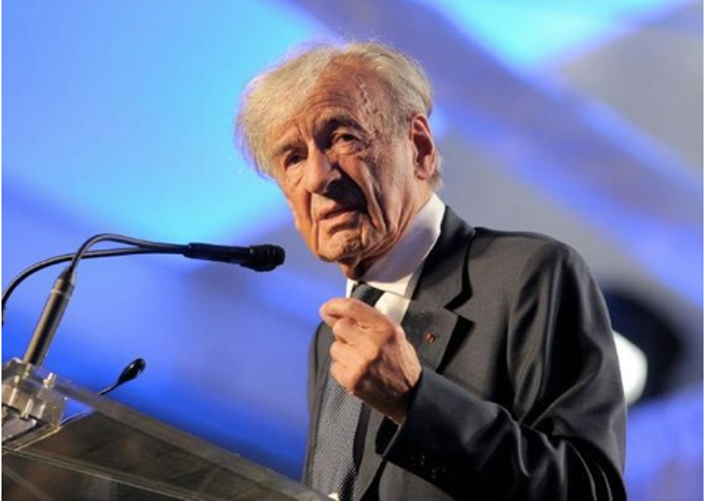 Elie Wiesel was a friend to ATD Fourth World who denounced poverty, saying that it “exists in all regimes, either by design or by default in all ideologies. […] Even here in New York, in this great city of prosperity and abundance, there is misery, poverty, desperation, as elsewhere. […] Misery and poverty exist wherever the elderly continue to live without joy and the young people without hope.”

ATD’s former director general, Eugen Brand, recalls how Wiesel made a long walk on foot in order to mark the World Day for Overcoming Poverty in Paris. “I have a strong memory of Elie Wiesel’s walk that day. By joining us at the Trocadero Human Rights Plaza, he was connecting his people’s experience of suffering and sense of hope to what other people continue to suffer as victims of hunger, ignorance, and violence. He had a powerful awareness that the way to make common cause with others is by walking side by side.”

In 1993, Elie Wiesel joined ATD Fourth World at the United Nations in New York for the World Day. This is his speech on that day:

The question is: how can we live in peace and aspire to dignity when so many of our fellows live in poverty, solitude, and despair? How can civilized society hope for a safe future when so many children are dying of hunger and abandonment?

It is difficult to define poverty because of its diversity: it is hiding behind too many masks too and behind too many borders. Both a disease and a curse, poverty evokes human vulnerability as well as the lack of courage and heart of the society around us.

Like hunger, which is its most visible face, the most atrocious poverty accuses and convicts all those who choose a deregulated economy at the expense of commitment to humanity’s struggle for justice and solidarity.

In the past, the victims of poverty were hiding or were hidden from the world, as if they had something to be ashamed of, to repair, or amends to make.

Now they can be seen everywhere — and they are — the difference being that now it is others who turn away so as not to see all their despair, the feverish, anxious look in their eyes.

The eyes of children who are emaciated in Africa, those of men and women who have been uprooted in Bosnia…. What do they see? Death, nothingness? God maybe? And God, does He turn His face away from His children? I do not know. What I know is that we turn away from these children.

In the past, we thought that poverty was far from us, always elsewhere, across oceans and mountains in other countries. But today we know that this is not so. Today we know what we should have known for centuries, and most certainly for decades: that poverty is rampant. Poverty exists in all regimes, either by design or by default in all ideologies, and for all racial obsessions. Here too? Yes, even here in New York, this great city of prosperity and abundance, there is misery, poverty, desperation, as elsewhere.

In fact, poverty exists wherever compassion does not exist; poverty is present where goodness has been obliterated. It can be found wherever men, women, and children — especially children — suffer from hunger, fear, loneliness, and illness. Poverty and misery are increasing, and continue to increase everywhere that human beings feel useless and rejected, everywhere that foreigners, uprooted parents and children, husbands and wives face collective or individual fanaticism, prejudice, hatred, and above all, indifference. Misery and poverty exist wherever the elderly continue to live without joy and the young people without hope.

The misery of poverty sets in whenever simple prayers for bread, water, peace, dignity, or a roof go unanswered.

This is why poverty means shame. Not for those who suffer its implacable cruelty, but for those who acknowledge its very existence as legitimate. I know that people suffering from hunger and poverty often feel shame, making their tragic condition doubly unfair and unacceptable. But the only ones who should be ashamed are those who, by their guilty indifference, do nothing to alleviate the plight of the victims of poverty.

By allowing poverty, hunger, homelessness, despair, and misery to extend their reign, we actually humiliate the humanity of poverty’s victims.

And that is unforgivable.