Honouring All Families for the International Day of Families 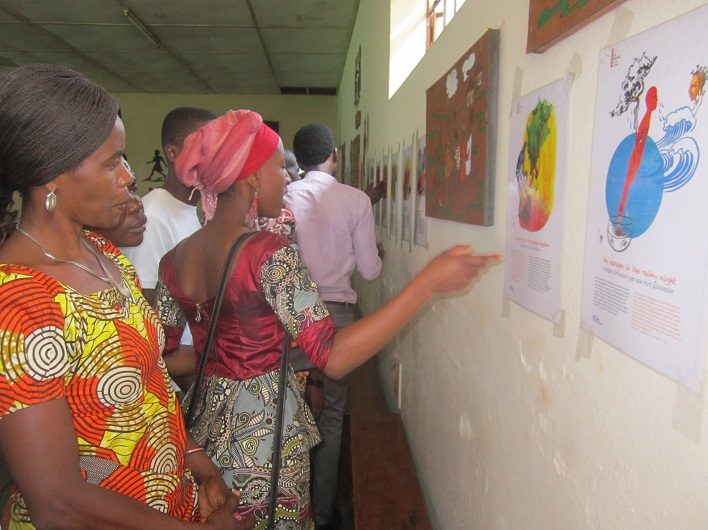 Every year, 15 May marks the International Day of Families around the world. In Bukavu (Democratic Republic of the Congo), ATD members gathered for the occasion.

It was a day to honour family. Most members of ATD who attended live in poverty and struggle every day to survive. Guests from other backgrounds included teachers, small-business owners, livestock breeders, night watchmen, farmers, and porters.

“All families want the same thing: to live, to work, to earn money, and to succeed. People who have more means can support their families; it’s the same for people who don’t have enough — all are proud of their families. When we think about the International Day of Families, it’s important to see that it includes all families, without exception. That’s why we’re proud to meet with guests from different backgrounds to share this honour together.”

An exhibition: ”The Letter to Friends in Living Colour” 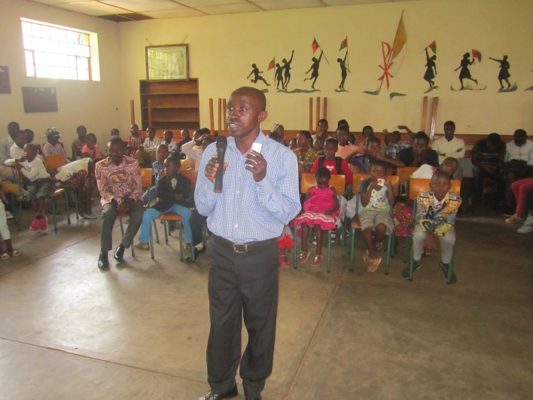 The guests commented on an exhibition designed by the Forum on Overcoming Extreme Poverty (which is coordinated by ATD Fourth World). The paintings reminded them of many situations in their own lives. 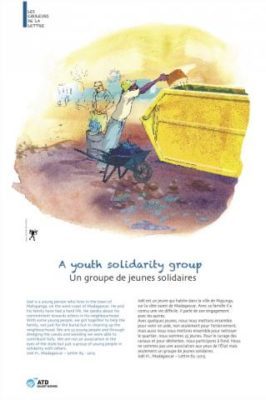 Ms. Mirindi: “I’m from Muhungu. I really like the posters that show the talents of young people. I also appreciate the explanations and details about the illustrations that are given by the young people themselves. It shows how involved they are in becoming open to beauty and art. In the future, they will have responsibilities as parents and leaders, and they will be attentive to people’s talents. I’m a teacher, and in my class I often point out that, when we have practical knowledge, we rarely lack a way of making a living. There is always some work to be done. I encourage the young people among us to keep working the way they are doing now for the community.”

Mr. André Kahiro Mulamba: “I come from Burhiba, and families there stand in solidarity with you. I like the poster from Bangladesh that says, ‘Leave no one behind’. Some children are able to study, while others are excluded. The poster shows these children shrinking into themselves: they really want to study but there’s no place for them — the teacher didn’t give them a chance. This upsets me; it shows what children in poverty experience in their classes. To build a sustainable society, we need to get closer to everybody, and especially with people who are the most excluded.”

Discussions on the Day’s Theme

Inspired by the experience of ATD’s members in Haïti after the earthquake in 2010, the preparation team of parents in the DRC chose as its theme ”building a tèt ansanm* governance in our families”, starting from each person’s experience and intelligence in order to understand how governance works within families.

Mr. Joseph Mubago: “Today, I can say that the Tapori experience helped us a lot in our family. Sometimes, when I got home in the evening, my children would tell me a story that had been read in their Tapori group and the questions they had shared. I could identify with the behaviour of the characters. That was the starting point for discussions among parents and children. The knowledge children got from their Tapori groups gave them the ability to debate respectfully with their parents. I find this very important: we understand one another, and we talk about everything.”

Mr. Mulamba spoke of how he managed to free himself from feeling shame when he heard about other families’ experiences of resisting extreme poverty: “Before, when I was in poverty, I was humiliated in my work as a porter and I was so ashamed to approach people. Other people don’t know this, but today I know that my life has changed a lot. When I say this, people tell me, ‘You’re still badly dressed and you do the same work. How did your life change?’ With ATD Fourth World, I learned about the history of the families in Noisy-le-Grand** and I understood that to go forward they had to overcome shame and contempt. This gave me a lot of courage. I stopped being ashamed and now I keep striving to support my family.”

On this day that invites everyone’s participation, each person contributed to a common understanding.

Mr. Faustin, a member of the preparation team, concluded: “We are convinced that, to overcome poverty, we have to make room for everybody, especially to people who live in the deepest poverty. With Fr. Joseph Wresinski and ATD Fourth World, we have kept in mind that a person’s dignity doesn’t depend on religion, age, or level of education, for example. Dignity is closely linked with the question of human rights. Dignity also implies respecting each person’s intelligence. That’s why we’re involved with people who live in poverty: not to teach them what to do, but to accompany them in their projects. We learn from their lives, and this transforms our lives.” 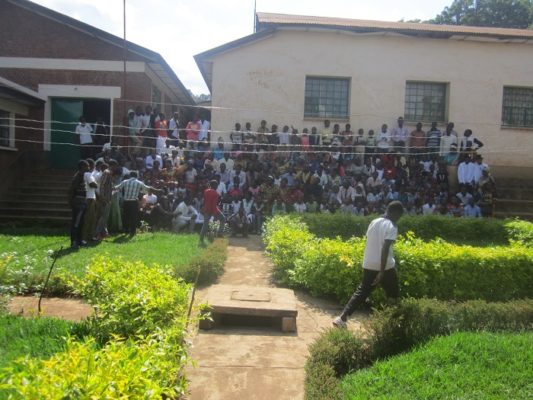 * Tèt ansanm is an expression in Haitian Creole meaning that people show solidarity by putting their minds, shoulders, and hearts together. It is used by ATD Fourth World to describe its governance, beginning with people living in the most extreme situations of poverty.

** ATD Fourth World was first founded in a large emergency housing camp in Noisy-le-Grand (France). There, in 1957, Joseph Wresinski met disenfranchised families who catalysed his personal experience of poverty into a vision for a movement of people overcoming poverty and shaping a society without exclusion.