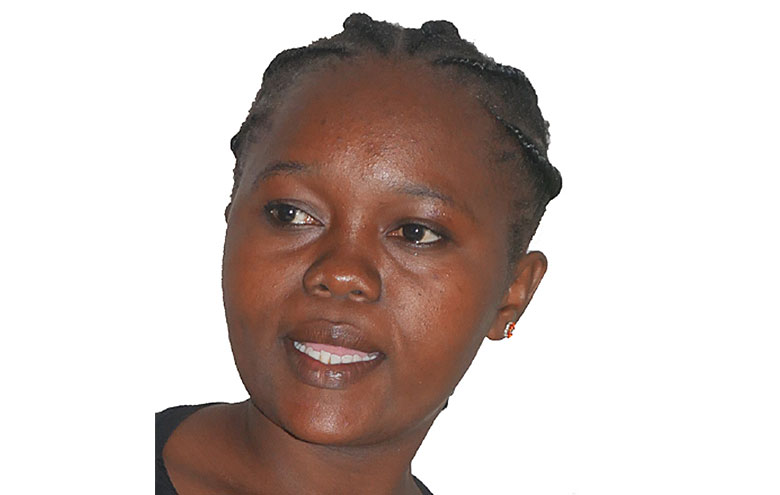 In 2018, ATD Fourth World invited Asha Athumani from Tanzania to speak at the United Nations. Every year on World Day for Overcoming Poverty, UN diplomats and staff listen to people who live in poverty in an effort to learn from them. Unfortunately, the US Embassy in Dar es Salaam denied Ms. Athumani’s request for a visa for the event. Here she talks about her disappointment at not being able to share what she knows about poverty with a wider audience.

Distrusted simply because of low-income

When the embassy denied my visa to go to New York, I realized that people living in extreme poverty are often humiliated and disrespected. I felt that this denial violated my rights. I saw that I do not have an equal opportunity to travel and be part of a larger world.

At the American Embassy they told me that they could not grant me a visa because they did not believe that I would come back to my country after the event [at the UN]. I was very disappointed. I had hoped that my invitation to New York would enable me to share my knowledge and experience, and that I would learn from others as well. They refused my visa application because my worth as a person and my human dignity did not have value.

Society and institutions rarely take into account the knowledge and experience of people living in poverty. Instead, people feel imprisoned in cages. Nobody trusts them or believes in them. They have no chance to express themselves.

People living in deepest poverty do collaborate among themselves. But they have no say whatsoever in policy making. When policy makers plan development strategies concerning those who are left behind, they do not include the actual people who are [living in poverty]. But they are the ones who have experience of poverty. And they have important opinions about what would work better for their lives. If people took into account the human rights and dignity of everybody, the world would be filled with sustainable peace and love.

I was a very good student, despite my poverty and struggles. However, my mother had to advise me to fail my national exam at the end of primary school. She was worried about the cost of secondary school because she was a single parent. She was concerned about the exclusion we experienced because of our extreme poverty. In those days, if a child passed the national exam and their parents didn’t send them to secondary school, the parents could be taken to jail. And it was also a source of shame for parents if their child passed the exam but they couldn’t afford to send them to secondary school.

So what other choice did my mother have?

You can see how poverty forces you to make choices that are not what you really want for yourself and your family.

Ms. Athumani’s speech was read at the Tanzania commemoration of the United Nations World Day for Overcoming Poverty. Celebrated around the world on 17 October, the day gives people living in poverty a platform to speak out about their lives and to invite others to join them in working to end poverty.

This article was adapted from one originally published in the January 2019 ATD Tanzania Newsletter.