Home > What we do > Participation > Participatory Research > Extreme Poverty, Violence and Peace

Despite being the victims of violence, people in deep poverty stand up for peace

“I was surrounded by violence, […] badly treated from a young age. […] We don’t get openly angry. Our anger is silent. It’s deep inside us. […] You’ll have peace when you realize that the person opposite you is the same as you: a person to be respected.”

For three years, ATD Fourth World ran a participatory research project exploring the links between extreme poverty, violence, and peace. This work involved more than a thousand people around the world. It led to the report, Extreme Poverty Is Violence – Breaking the Silence – Searching for Peace.

The hidden underbelly of violence that dominates the existence of families living in deep poverty has a physical impact. Whether a country is war-torn or at peace, violent deaths are more frequent in low-income neighborhoods. As the Black Lives Matter movement in the United States highlights, this violence may sometimes come from the authorities themselves. Who are more likely to arrest and shoot people that face racial discrimination or live in poverty.

Women also suffer violence  when unwanted sex is the only way to feed their children. But when people in poverty say that poverty is violence, they are also speaking of the force they feel subjected to when caught in situations of humiliation and injustice. It begins when children are born at high risk of ill health and no access to health care. It continues with education compromised by low expectations and discrimination. Young people and adults work in dangerous conditions, facing abuse and harassment. People in poverty experience life as a constant assault that threatens to defeat them at every turn, leaving them traumatized and humiliated for not being able to protect their family members.

The participatory research on this question brought to light the approaches that people in poverty use in striving to break the cycle of violence. They make efforts every day to reach out to one another, to build solidarity, and to search for paths toward meaningful peace.

“The International Movement ATD Fourth World truly deserves global recognition and the stimulus for the supportive action which attributing the Nobel Peace Prize would represent. […] Its members are creators of peace, capable of healing countless wounds from helplessness, from indifference, from exclusion.”

Learning How to “Leave No One Behind”

“Leave No One Behind!” has become the new battle cry in the fight against poverty. The United Nations 2030 Sustainable (…) END_OF_DOCUMENT_TOKEN_TO_BE_REPLACED 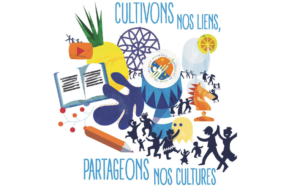 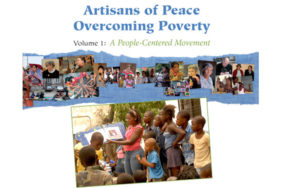 “[People living in poverty] are some of the most important actors for peace and we don’t talk about this enough.” (…) END_OF_DOCUMENT_TOKEN_TO_BE_REPLACED