In 1999 Tapori Children at the United Nations in Geneva 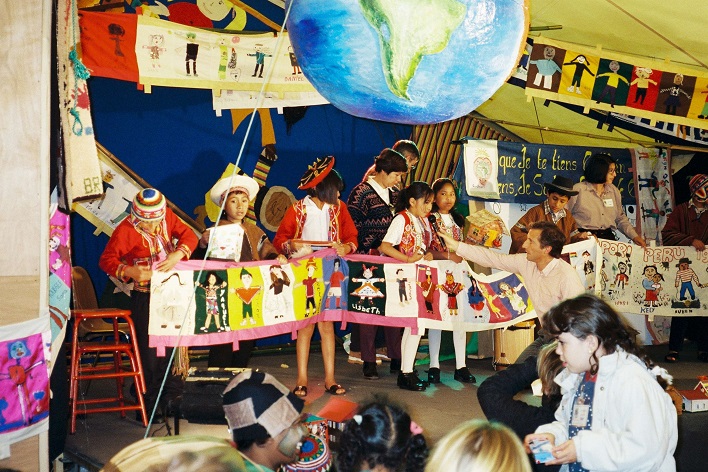 The Joseph Wresinski Archives and Research Centre holds the archives of the resistance in the face of extreme poverty of tens of thousands of families around the world, and of those who are involved alongside them. ATD Fourth World’s archives contain authentic testimonies of this struggle against suffering and injustice. They constitute an individual and collective record of events, allowing other citizens and global political authorities to gain an understanding of lives lived in extreme poverty. They prove that the world can allow itself to be questioned by people living in extreme poverty, and that the exclusion of the most disadvantaged people is not inevitable. 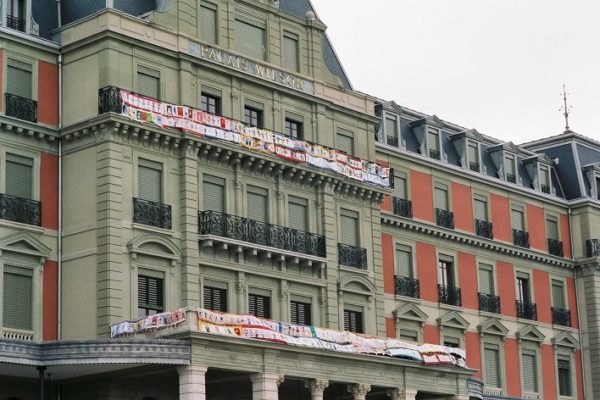 The archives of the International Children’s Forum are a testimony to the involvement of children through their messages and works of art. Far from being anchored in the past, they allow us to prepare for a future inspired by their aspirations. The richness and variety of the documents kept at the Centre speak as much to adults as to the children who have been at the heart of this action. These archives make it possible to reconstruct events authentically and to relive this shared experience from diverse points of view. Thanks to present digitalisation techniques, it has become possible to store documents and make them publicly available through a variety of media – on paper, in digital form, or as audiovisual or photographic files. 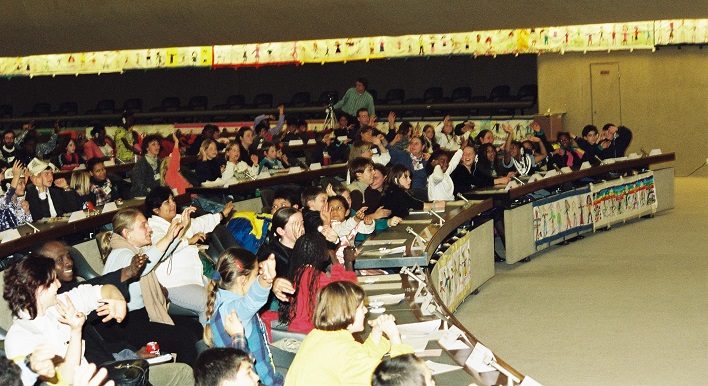 On 20 November 1999, 86 child delegates from 24 countries gathered before the organisations globally responsible for implementing the International Convention on the Rights of the Child signed ten years earlier. Mary Robinson, High Commissioner for Human Rights, received them in the Palais Wilson in Geneva, offering the children from all five continents an opportunity to speak and testify. After three hours of work during which she collected the contributions of children, Mrs. Robinson said:

“I have had many meetings in this negotiations room. This is the most important meeting of my career, because never before have we, as UN experts, had such a chance to understand the vital practical importance of Human Rights”. 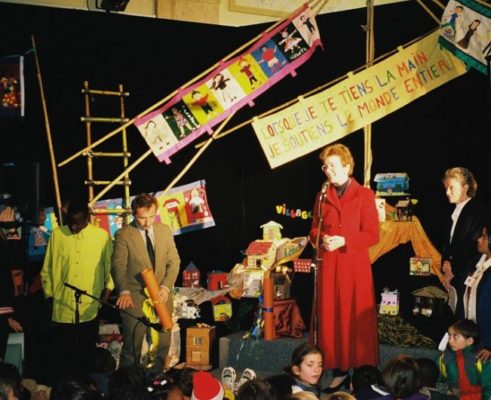 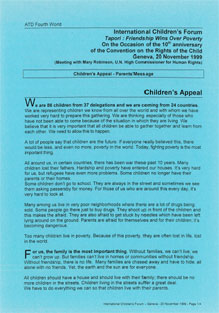 The children then gave Mrs. Robinson the Children’s Appeal. This text is the result of an intense week of meetings and reflections during which the children were able to express themselves and share their experiences and hopes.

A festive moment allowed the children to parade their Tapori banners, the self-portraits of the thousands of children who participated in the campaign to prepare for this meeting. Currently kept at the Joseph Wresinski Centre, these banners carry children’s messages of peace. They are regularly shown to school children visiting the Centre. 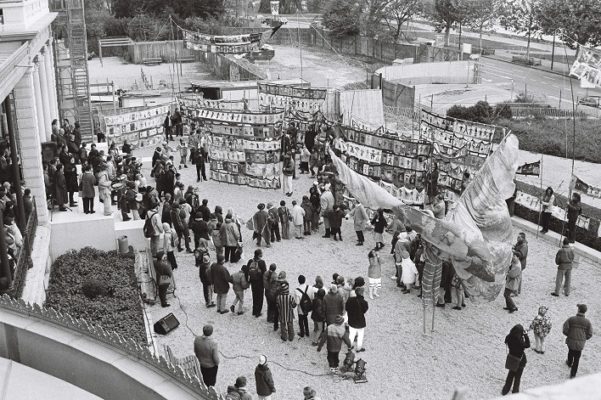 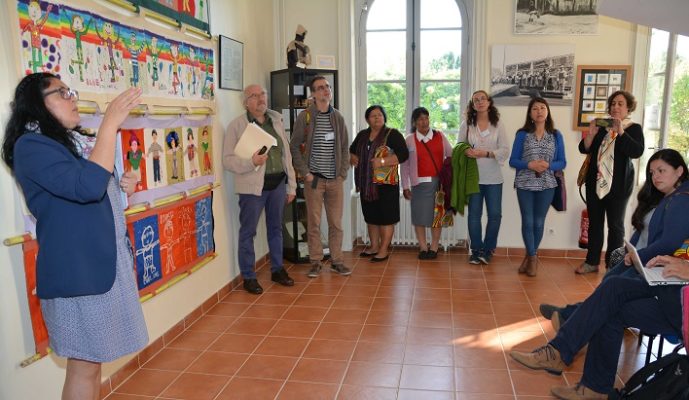 The children then gave Mrs. Robinson a piece of artwork comprising thousands of small stones gathered and decorated by children. This remains on permanent display in the Palais Wilson in Geneva. This gift represents one of the most important messages: every child wants to contribute to help the world become fairer and more beautiful. Thousands of children from all over the world have given a stone, precious in their eyes and with it the message they wanted to offer the world. The first stone was sent by children sleeping rough. “Every night I fall asleep in the street, with these few stones as a pillow. I give one to you. My heart is in this stone”. Thousands of these small stones were assembled together in the form of a large mobile that testifies to all the art that human beings still have to develop so that everyone can contribute their stone to the whole of humanity. 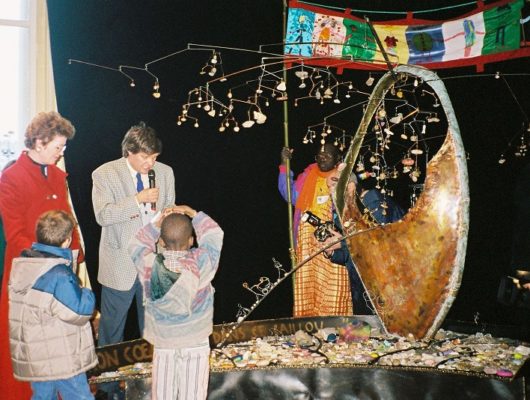 The stories of these stones are gathered in the book “My heart is in this stone”.

The children also shared a song of courage whose words express the idea that “every child must be able to become everything that he or she can become”.
Senior officials, like the children and their parents, still remember this moment which gave them renewed courage to continue their fight for the rights that are essential for the development of all children.