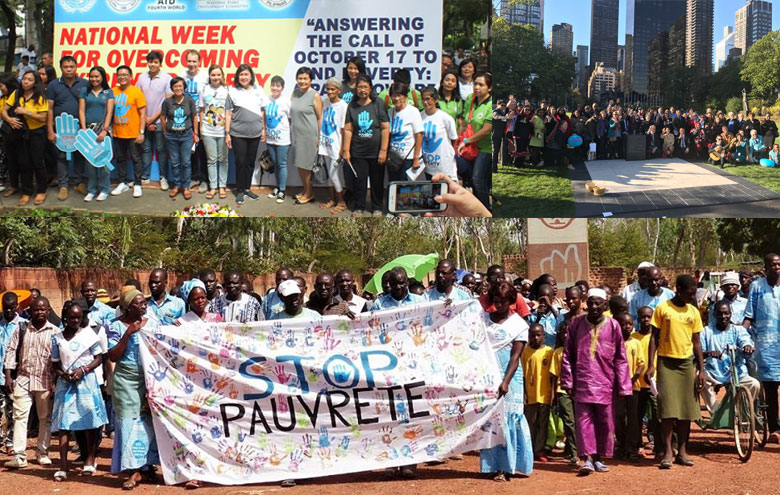 The year 2017 was a busy one for ATD Fourth World with the launch of our international Stop Poverty campaign. The campaign’s central message was that extreme poverty is not inevitable. Like slavery and apartheid, it can be overcome. But we must join with people marginalized by extreme poverty if we are to succeed.

Thousands of families in extreme poverty in 30 countries spoke out in many ways during the campaign, calling for a more just and equitable world. The hundreds of thousands of people who participated in Stop Poverty activities demonstrated the growing rejection of extreme poverty that we see throughout the world.

The 2017 Annual Report details the many elements of this global campaign including the Call to Action signed by more than 6,000 people, “Stories of Change”, the Playing for Change international video project, and the 24 hour WebTV coverage of International Day for Overcoming Poverty around the world.

In addition to the Stop Poverty campaign, ATD continued its projects and initiatives around the world with people who live in extreme poverty. The Report gives updates on our work in the Caribbean, Africa, Asia, Europe, Latin America, North America, and other regions.

Advocacy at the local, national, and international levels is an important part of ATD’s efforts to give a voice to people who live in extreme poverty so that the world hears about their experiences and their ideas. The Annual Report describes ATD’s work on poverty eradication within a number of international institutions.