Living Without an Identity

Posted on 18 February 2020
This page is available in Română 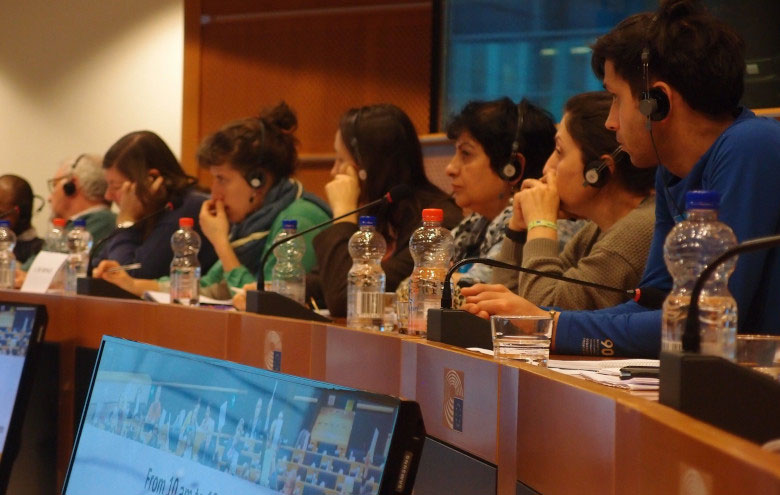 We call them legally non-existent, non-existent, or phantom citizens. According to UNICEF (2019), these terms describe 230 million children under the age of five whose births have not been registered.

“A child whose birth is not recorded is considered excluded from society, legally they don’t exist.”

At the People’s University held by ATD Fourth World at the European Parliament on February 6, 2019, members from Romania of ATD, the Policy Center for Roma and Minorities, and Parada, including people experiencing poverty, expressed alarm at the situation of children, youth, and adults who have no legal identity. Their remarks were echoed during the Colloquium organized by the Organisation Internationale de la Francophonie in November 2019.

Without a legal identity, these people have no access to the most fundamental rights, such as education, health, housing, etc. They become “phantom citizens” and very often suffer the consequences of inconsistent and excessive government practices (dissuasive requirements, discrimination, interminable waiting periods, inability to appeal, etc.)

A young Romanian who has experienced living on the street said:

I finally got my identity when I was 18. At one time, you had to have an identity to exist. The card was valid for five years. Then, because I didn’t have an address, I couldn’t renew it.

Today I am 31 and a few days ago, I got my first passport. It’s important. I felt like a shooting star. Having an identity document brings me luck.

In Romania there are two kinds of people who do not have papers:

There are different ways to obtain identity papers:

Legally, it is possible to get a one-year temporary identity card. But not only must one provide a birth certificate, the police must be able to verify where the person can be found, for example, if someone declares that they live with someone else. While this procedure enables homeless people to obtain a temporary card, it does not grant them full rights: no bank account, no authorization to leave the country, etc. And because the “card” is merely a piece of paper, it generates immediate discrimination based on the person’s precarious living situation and seriously limits access to employment and housing.

For this reason, a legal workaround is frequently employed: people pay to have an address. The address may be fictitious, but the identity card is real and valid.

Incarceration: Incarcerated individuals who are “legally non-existent” are given identity papers by the police. They are released with a one-year identity card but once the year is up, they return to legal non-existence.

Hospitalization: Hospitals can apply for an identity number, in particular in the case of diseases that are fully covered by national health insurance, such as tuberculosis and AIDS. Here again, however, the patient will receive only a temporary card.

In light of this situation and relying on actions taken in other European as well as African and American countries, ATD Fourth World makes the following recommendations:

Guarantee the right to exist, starting in childhood, to all individuals living within its territory. This right is a de facto recognition of the individual, with no need to provide proof, and therefore creates a “presumption of existence.” A person who goes to a government agency would have the right to be registered, and that registration would launch a procedure designed to regularize the person’s situation within a reasonable time.

Improve the policies regarding registration and access to civil status by taking the obstacles poverty raises into account. This would enable the ever-growing number of people and children to have their lives and their efforts recorded in the history of their country.

Strengthen the role of NGOs and citizens in information campaigns, to support and assist individuals, who are often illiterate and distrust the government.

Communicate more with government and judicial authorities to make them aware of how complicated it can be for families living in poverty to obtain their rights, and persuade them to simplify the procedures.

Not recognizing the identity of all these children and families throughout the world compromises their entire existence. Isn’t it by consulting them that long-term solutions might finally be found?