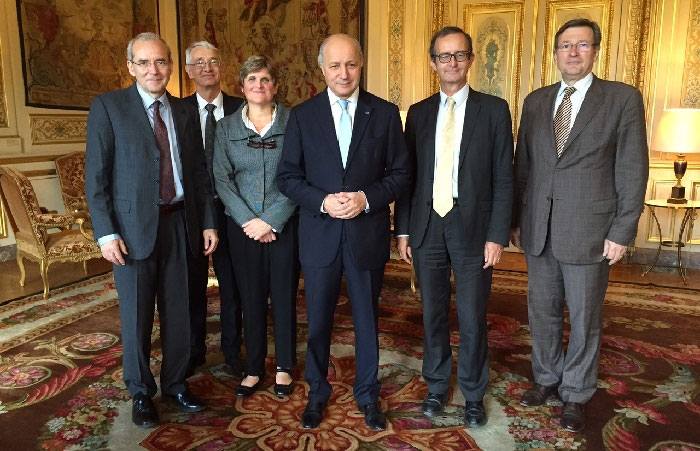 On 21 May 2015, Isabelle Pypaert Perrin and Jean Toussaint were received by Laurent Fabius, the French Minister of Foreign Affairs and International Development.

This meeting provided an opportunity to discuss with Mr. Fabius, as the president of the 2015 Paris Climate Conference (COP 21), the issues and concerns of those families who are the most vulnerable and how the fight against poverty might be synergistic with discussions about the climate.

Using real life examples of families from different parts of the world, ATD Fourth World wished to explain to Mr. Fabius how extreme poverty is a form of violence and to tell him what families say about the situations they endure in order to cope with deprivation, insecurity, disdain, and humiliation imposed on them by an unseeing and uncaring society.

During the meeting, Mr. Fabius agreed that it is indeed important to challenge the double violence: