Michel Brogniez, A Man of Peace 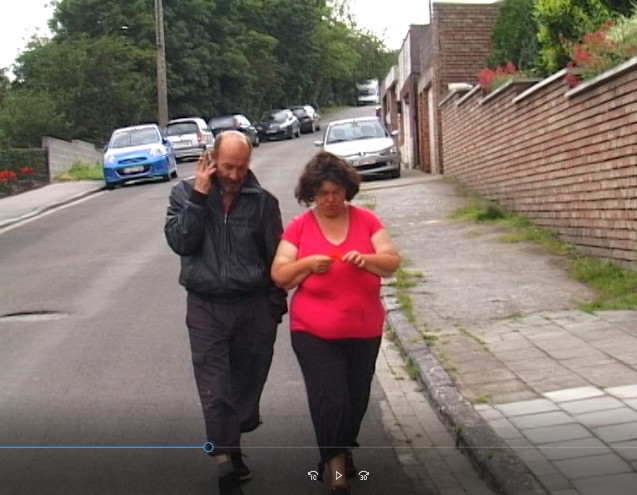 With his wife Bernadette, Michel fought fiercely so that their daughter Anne-Louise would not be put in foster care. Their hope was that her life would not be as difficult as theirs had been. Bernadette and Michel were always welcoming to other people, supporting them so they would not be alone in the face of extreme poverty.

Michel was an active participant in ATD’s international research project, Extreme poverty is violence – Breaking the silence – Searching for peace. He took part in a film about the project and made a presentation to UNESCO. In addition, he made a great impression on other participants involved in the research.

Michel’s philosophy was one of generosity and support. Here are a few of the key insights he passed on.

Sharing is our humanity. None of us can make it alone. We cannot leave people abandoned around the world; they are our brothers and sisters. […] If we don’t share, there is violence.

If we don’t look out for our brothers and sisters, there can be violence because they are not understood. When we don’t understand each other, there is violence. This is why sharing is so important.

Listen to others. But don’t get into their private life; just listen to them. Make them understand that they too can share and make a difference. Don’t give up. Consider everyone as equal. This will give you security and no violence.

It’s never too late for anyone

I don’t think it’s ever too late for anyone. There are no human beings who can’t be saved. […] No person is hopeless. The key is to dialogue with them. Not knowing love in life… if you give even a little bit of love, someone will see it right away. And the person will understand that you are not there to judge or mistreat them. At that moment, they will open their heart. Everyone can be saved.

Reach out to others

In fact, you have a choice. Either stay with extreme poverty or join other people. There must be a willingness to reach out to others. Without that, we can’t go anywhere. And it is precisely because you have reached out that a person will stop and think: “Look, someone is reaching out to me! Why? Because I am worth something. I am somebody; I can take part in a meeting.”

That said, that doesn’t mean you’re rich, does it! But we are rich in the sense that we have met others. We learned to appreciate the other person. And then, that person appreciates us too.

My rule is to seek out other people, not just those I see right away, but people who have been ignored and cast aside. And if there’s one, or even ten, well, we’ll reach out to those ten and gather them together, because they should have a say and they’re just as smart as anybody else. They may not know how to add, how to write and all that, but they know how to express themselves. They know how to say “That’s good!” “That’s not right!” “We can change that.”

That’s it, you have to go where the rejected person is. And it is this rejected person that you are going to put back into society. At that point, people will understand: “Oh yes, we shouldn’t do that”. And then the person will say to themselves, “Yes, I am like you. I am a person like you, and I am not separate”. And when someone is not separate, they are part of a society. This is the main thing.

When I was about 13 years old, there was a little boy in the institution where I was when they put me in foster care. He had been small ever since he was in a baby buggy. I didn’t understand why a judge put him where I was. He should have been in a specialized institution. He had an illness and he had to be tied up because he kept trying to bite himself. I was lucky enough to be able to experience, in my sadness, the love of a little being and my memories of him are still very much alive.

And only then was I able to understand fully the meaning of love, I who had never known love. At the time I was suffering a lot internally. But after seeing the pain this boy was going through, I was able to turn away from my own suffering. And that was most important of all. I still suffered, but I understood that he was suffering more than I was.

When they asked me to take care of this child, it was hard for me to give love to someone, to any person. When I was 13, walking around in front of everyone with a little baby buggy, well, it wasn’t easy. I was ashamed. But then later, I wasn’t ashamed any more. I had to understand that this little boy exists, that it is not just me who exists. And I saw that there were people who were more unhappy than I was. At first I was rebellious, of course, because I had no family, no parents. And still there was a lot of abuse.

With this little boy I learned tenderness. Since I had to protect him, at least I was useful. You know, I undid his ropes and he didn’t bite himself any more. I don’t know what was going on in his head, but I think he had a certain tenderness for me, an affection. It took me 13 years to know love.

Michel, your life has been a long struggle. Rest in peace. You continue to inspire us.