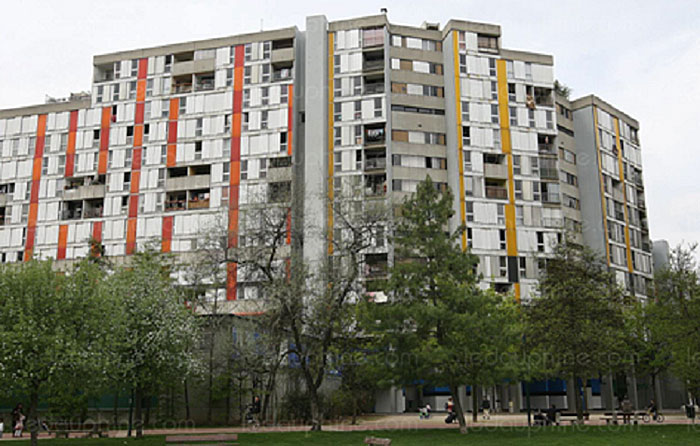 This story tells how people living in deep poverty in “sensitive neighbourhoods” became involved in evaluating projects in their city. Banding together, they created an association called “Rights for All” that became active in local government.

A city in France has two areas that people call “sensitive neighbourhoods”. One of these neighbourhoods is made up of seven buildings built in the 1970s. Towers with 300 apartments house over 2,500 people of 50 different nationalities.

For those who don’t live in one, “sensitive neighbourhood” calls to mind a host of negative impressions:  delinquency, insecurity, and unemployment. Neighbourhoods where no one wants to live.

Being Sensitive to the Suffering of Others

In fact, this neighbourhood where families in the deepest poverty live is rich with men and women engaged in building a better world. There is the African women’s group, the neighbourhood women’s association, and a group active for housing rights.

Representatives of larger associations came to live in the neighbourhood. They wanted to teach people what they knew and offer their support. Among these groups were Cimade and Art & Development. I came for ATD Fourth World.

In the late 1990s, all these various activists came together and founded a group called Rights For All. The goal was to give residents greater visibility to government institutions. We wanted to speak out about and, if necessary, dispute government decisions concerning residents, for example destroying buildings. Overall, the goal was for residents to become full and active citizens.

With ATD Fourth World activists, we worked to reach the most marginalized residents in the neighbourhood. There were people who didn’t leave their homes at all. Certainly, many didn’t dare visit government institutions. Others simply were not at all engaged in the community, either from shame or lack of knowledge.

We learned about their difficulties and their hopes. We made space for them in Rights for All. Some began to attend meetings to prepare for the Fourth World People’s University.

Rights for All served as a mediator and public witness helping ensure people’s access to basic rights. Jacqueline, one of the women in deepest poverty in the neighbourhood, gave the Rights for All office its name: The House of Confidence and Hope.

How much money did the government spend over the decades on these “sensitive neighbourhoods”? On destroying buildings, improving the housing, or doing work on the roads? And yet how little the government spent on the people themselves in a way that valued the human resources of these neighbourhoods. There were few programs to support the residents by ensuring their participation in activities to improve their own neighbourhood.

Our neighbourhood and our larger society need people from backgrounds of poverty to give their perspective to evaluate projects for them. Getting input from people in poverty can improve these programs and make them more effective in addressing needs.

The powers that be must accept that they can no longer think for the people they serve—that they must now think with them.