Several Years in a Tent 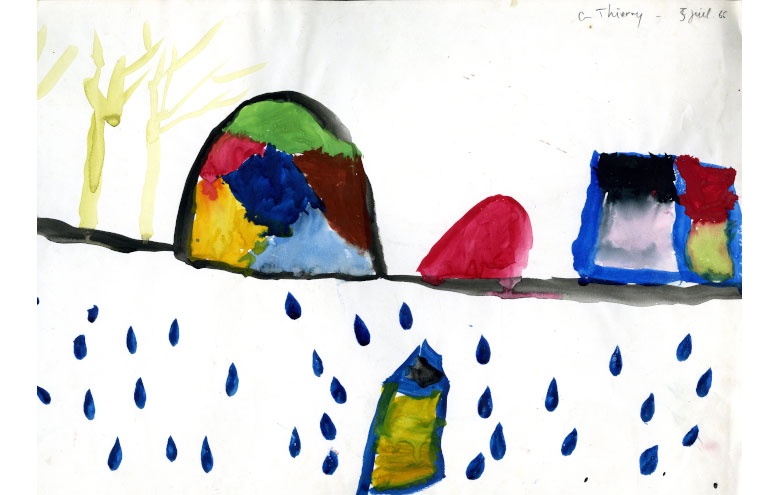 At the end of March, a member of the ATD Fourth World Volunteer Corps in France told us how the Covid-19 pandemic has affected one man he knows well.  Even though “K” has lived in a tent for years, he still had some fragile ties to community that helped him survive. Now they have all abruptly disappeared.

Yesterday morning around 11:30, my wife and I were surprised by a visit from our friend K who is 40 years old.  For several years, K has been living in a tent by the banks of the Oise river near where we live.  I had left him a phone message telling him that he should not hesitate to let us know if he needed help in these difficult times.

The Covid-19 health crisis has made K’s life more precarious than ever. Since the beginning of March, the centre in Pontoise [nearby town] where he went for meals and a shower, and to recharge his phone twice a week, has been closed. The food distribution bus that used to stop every week near the station no longer comes.

The Pôle Emploi1 is closed. If K does not update his online file with them, he will lose the RSA or “revenu de solidarité active”. The RSA is a benefit for people with no income who meet certain eligibility requirements, e.g., being at least 25 years old. The benefit amount varies with household composition. Losing the RSA would be disastrous for K. In addition to being homeless he would have no financial resources at all.

K has already experienced this once and he is afraid it will happen again. So he came to ask if he could use our computer and Internet connection to update his file. After he did this, we offered him a shower and invited him to have lunch with us. He should come back soon to update his online file with the “Caisse d’Allocations Familiales”, which is also closed. This branch of the French Social Security is responsible for granting family or welfare related financial aid, including the RSA, to individuals.

K was not taking the basic protective health measures recommended to the general population. In fact, he was not aware of them at all. Not wanting a radio to draw attention to his tent, he lives largely out of touch with the world. His only source of news is the headlines he sees in the supermarkets where he goes grocery shopping.

K was also not aware that he needed a “permission to travel” document. In France this certification is mandatory for anyone who goes outside during the Covid-19 confinement. He was not aware that without this document people outside their homes face a fine. At the place where the form asks “Residing in” K noted SDF (“Sans Domicile Fixe”) – homeless.

“On the front line”

In these circumstances, we were both very concerned about K and happy to welcome him into our home. It gave us a better understanding of all those “on the front line”. Every day of the week and without any protection, these workers help support other people likely to be infected with COVID-19.