A Movement That Always Dreams Big 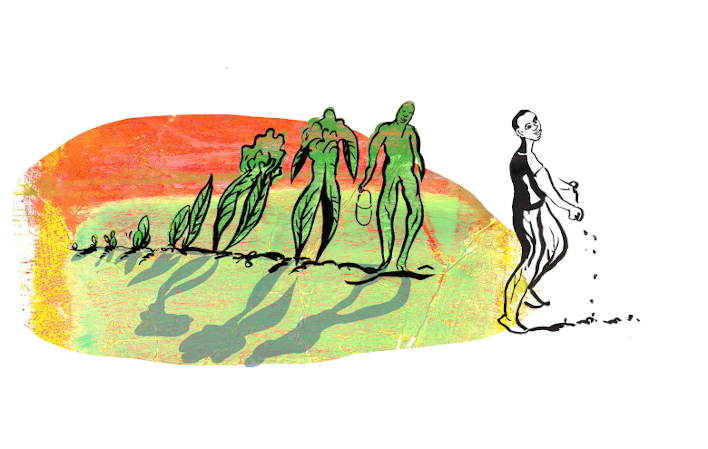 As we experience this period of confinement, I feel the need and desire to not disperse my reflections too much, but on the contrary, to make of them a guideline potentially carrying a message for the future. In the face of the depth of this world crisis and the powerlessness felt by many in the short term because of their forced immobility, I sense the emergence, all around, of a change of consciousness aﬀecting personal conduct, but also of a prospective concern that can be expressed in the form of a prayer or prediction, of a socio-political and/or socio-religious nature: tomorrow will not be the same as it was before! We find this expression conveyed by the media. It is also buried more secretly in the hearts of a large number of persons who nurture the dream, the utopia, of a fairer society, of even a reconciled humanity.

Enough to awaken our own DNA! Aren’t we, within ATD Fourth World Movement, bearers of a civilisation project, of a radical change in society? Joseph Wresinski often reminded us of this as he gathered all his messages under the title “Tomorrow Will Be Diﬀerent” and chose “Take Justice to Heart” as the banner for our rejection of extreme poverty.

Shouldn’t this guide our conversations in these days of distress? Aren’t we invited, in words dear to Geneviève de Gaulle, to discover in this “crossing of the night” the “secret of our hope”? Let us nourish the hope of a future that is truly new for all with a greater sense of justice, a more authentic solidarity, and a step forward in fraternity. Let us take advantage of this exceptional opportunity and make the expectations of people in extreme poverty heard, and even ask them to express them afresh today — and not only them, but also ATD Allies and members of the ATD Volunteer Corps.

In 1968 slum dwellers articulated their vital needs in their own words in a small booklet, “A People Speaks.” “Cahiers de la Solidarity,” published in 1977, showed that people of our movement are bearers as well of a thirst for life and an ambition for the future of the excluded. Since then the Fourth World has made its way into the public debate and is asserting itself as a partner. The time is past for merely stating its own grievances and defending its own interests and rights. Of course, they are still relevant, but now it is time for the Fourth World to be a builder of society.

Joseph Wresinski called for this, and it is written in our Guiding Principles. Our movement’s struggle is fundamentally forward looking. “We will force society to change”, said Joseph Wresinski in 1981 at a People’s University (film, An End to Injustice). On several occasions he declared, “Extreme poverty will be destroyed because we want it.”  For us, “tomorrow will not be the same as it was before” if the citizens of the world, the defenders of human rights, make Wresinski’s prediction their own, thereby reflecting the aspirations of the poorest.