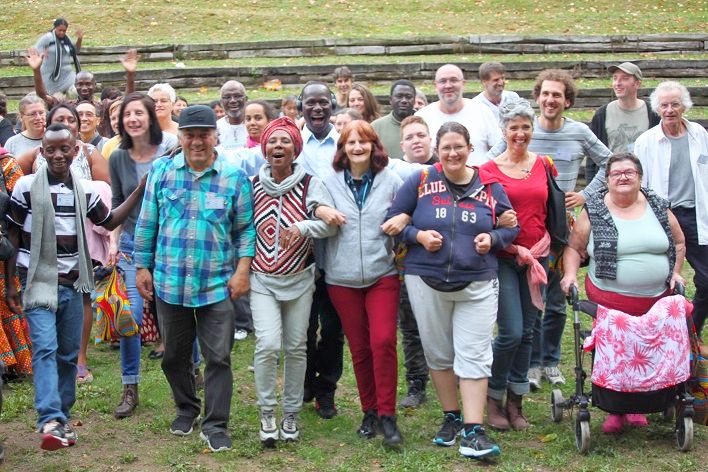 Eighty-one members of ATD Fourth World from 24 countries and speaking 13 different languages came together from 10 to 17 October at the International Centre of ATD Fourth World in Méry sur Oise (France). A worldwide summons to a challenging struggle: eradicating poverty.

“I live in a neighbourhood crossed by a canal that serves as a sewer. There is water everywhere; the streets are flooded. When I left home to go to the airport, I had to pull up my trousers so they wouldn’t get wet. My wife was afraid to let me go, but I told her to have faith. That’s how I’m here at the gathering with you.”

Mr Joseph has just arrived from Madagascar. His courage and determination make an impression on everyone because for many of the other activists, coming here has meant leaving behind those who share their daily struggle, diving into the unknown, or risking the scrutiny of border police.

Along with Mr Joseph, 81 ATD Fourth World members have gathered “to examine the movement together: its achievements, strengths and weaknesses; and the new challenges that are now confronting us.” They have come from the Americas, Africa, Asia, and Europe. Half of them are activists, the other half are allies and Volunteer Corps members.

Bringing all these people together is an important investment, crucial for ensuring an underlying coherence to the struggle against poverty. “We have learned the importance of taking time out on a regular basis to meet and reflect on what we are doing together to reduce poverty”, explains Isabelle Pypaert-Perrin, Director General. 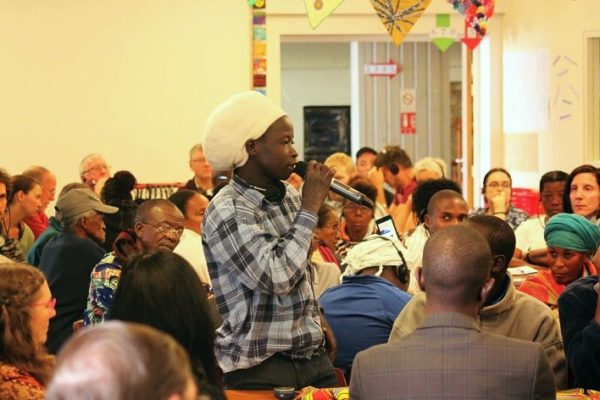 The purpose of the first two days of the gathering was to provide an opportunity for in-depth meetings, so that everyone could share a sense of pride in the brave and innovative things their colleagues are doing elsewhere in the world. Activists, allies and Volunteer Corps members gave powerful accounts of their experiences and explained how encountering ATD Fourth World had transformed their lives, their way of being and their way of seeing things. By listening to everyone expressing their personal commitment to their work, participants were able to evaluate the strength of ATD. Paul from Ireland, for example, closed one of the days by saying: “I’ve realised that I’m not the only one who wants to change society. I’ve seen people speaking with real passion, saying that they want to continue to work to overcome poverty. No one wants to give up!”

Mari-Jo from the Philippines noted that “We also talked about the difficult things, we talked about our weaknesses. When we talk about our doubts, it strengthens the bonds between us.” Another participant said enthusiastically: “How proud it made us feel to hear of Ousseini’s efforts in Ouagadougou or Tatiana’s efforts in Brazil to ensure that no-one gets left behind!” 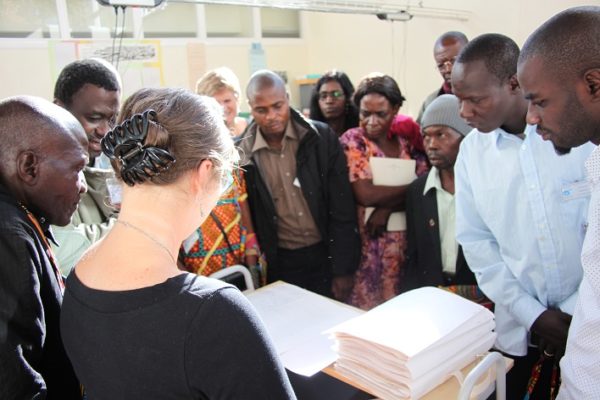 Participants then spent a day at the Joseph Wresinski Research and Archive Centre. This helped them to understand that their individual struggles are part of a more global story: that of ATD Fourth World and the history of extreme poverty. They were struck by the fact that the archives of activities and struggles they have carried out are painstakingly preserved, and record the efforts of those who have lived and worked for a more just society. This one-day visit made a powerful impression on everyone, including Maria-Angeles, a Spanish activist: “Out there in the world, many people don’t like us because we’re poor: they would prefer that we didn’t exist. But here, I’ve seen that we do exist and that no-one can ever again erase us from history.”

Over the next few days the group worked together – through sharing experiences, small group work, plenary sessions and continuous translation – to look at the future of ATD Fourth World. It was Martine Le Corre, a long-time activist and member of the International Leadership Team, who rallied everyone to the struggle ahead: “Today we are setting ourselves the ambitious goal of gathering a large body of knowledge from around the world about the experiences of families [in poverty] (…) For years now, we have been talking about the sufferings they face: of children separated from their parents and their brothers and sisters. But we have also talked about the forms of resistance that each one of us displays to keep going, to continue to believe in the importance of family and to fight for it.”

Participants had a busy day on 17 October attending events to commemorate the World Day For Overcoming Poverty. First they were received by the French Ambassador for Human Rights, and then by Anne Hidalgo, Mayor of Paris, talking with both about how people living in poverty are the first to mobilise in the struggle for human rights to be respected. The commemoration ended at the Human Rights Plaza at the Trocadéro in Paris, where the participants proclaimed in their 23 different mother tongues that “Joining forces to ensure that Human Rights are respected is a sacred duty!”

Bruno Dabout, another member of the International Leadership Team, ended the global gathering by getting back to basics: “Commitment [to overcoming poverty] is the cornerstone of our entire movement. The commitment of our allies who involve themselves in society in order to teach it to reject poverty; the commitment of our [Volunteer Corps members] who dedicate their lives entirely to the work of [ATD]; and the commitment of those who volunteer in other ways. [ATD Fourth World] is the place where all this commitment comes together and is recognised, enriched and sustained; a place where new generations are supported to risk venturing further along paths established through the courage of their predecessors.”

This wealth of commitment to overcoming poverty: how to sustain it? For Déogratias from Democratic Republic of Congo, one answer lies in the global gathering itself, which he sees as a powerful force for fighting poverty: “It’s very important to come together like this to examine our commitment to the movement.”

Throughout the week, many people had commented that they wished their fellow activists back home could have the opportunity to discover what a truly global movement ATD Fourth World actually is. Then it was announced that in three years’ time another global gathering would take place. So everyone went home filled with energy, but telling themselves like Ousseini from Burkina Faso: “The battle is not yet won, and there is still so much to do. I have to give even more of myself to this struggle!”