Skip to content
Home > Europe > Spain > Tapori Seville: “At Last We Have a Library!”

Tapori Seville: “At Last We Have a Library!” 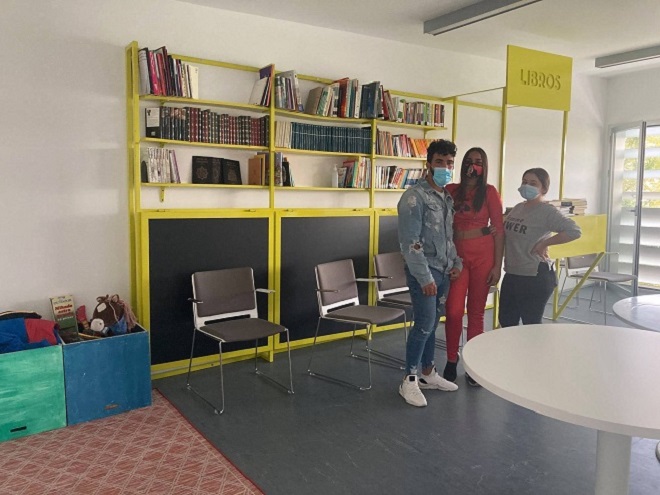 Seville’s Tapori group in Spain celebrated World Book Day on April 23 in their new “library”, a space the city’s Factoria Cultural [Culture Factory] has provided for them. This was a dream come true.

A young people’s Tapori group initially came together while reading books at Street Libraries. Later they all agreed to take responsibility for managing the project themselves. With younger children, they read stories, discuss various ideas, and play games. “So they always want to come back”, according to one of young people.

“We want to go to a real library, but they are almost always closed.” 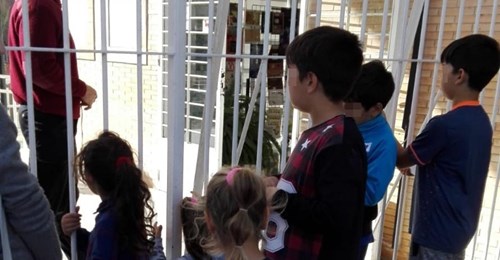 In 2018, the Tapori group their began a campaign to open Seville’s libraries, which were closed every other week and on weekends. They put up posters, distributed flyers, and wrote letters to the mayor and local politicians. Every Saturday, they showed up at their neighbourhood’s library and spoke to security staff through the closed gates.

“What are they supposed to do?”

“Most of these children face more difficulties than others”, Alba explained in an interview with a Seville newspaper. “Poverty is a cycle. Here, it’s more difficult to get hold of things. And those who want to study are not always able to do so.”

When the pandemic started, it became even harder to find a good place to study. One mother in the Three Thousand Ideas neighbourhood association noted, “Many of us can’t afford an internet connection. And we don’t have computers or tablets that our children can use to do their homework”.

Unfortunately, this is a common experience for many children and young people who found it almost impossible to continue getting an education during the pandemic.

“They can fail the class if they don’t submit their homework”, a parent explained. “But how are they supposed to do it?”

A race against the clock

“Children have the right to be whatever we want to be.”

Yet, for World Children’s Day the Tapori children insisted: “We children have the right to be whatever we want to be”.

Coral, aged 15, said, “I would like to be a massage therapist, one of the ones who really know what they’re doing.” Others dream of being lawyers and teachers. Yet they have questions.

“But how long does it take? How old would I be by the time I made it in this career?”

Nevertheless, this Tapori group is determined to improve their neighbourhood. For example, they convinced their families to plant trees on October 17, World Day for Overcoming Poverty. The group also tries to support their more isolated neighbours. They encourage them to get involved in the Street Library that has been taking place in the neighbourhood for years.

Throughout the lockdown, people from other neighbourhoods have donated books to the Street Library. And the children have looked after the books carefully, in hopes of starting to read together again soon. The entire Tapori group is convinced that improving their neighbourhood requires a firm commitment to education for all, in order to break the “cycle of poverty”.

More than just a place to study: A sign of confidence

In November 2020, the Culture Factory invited Juan, Quisco, and Manuel as representatives of their Tapori group to present the library initiative. There they found a new friend in Amapola López, director of the Culture Factory. Impressed with their commitment to education, Ms López offered them a room in the centre.

The books and materials that members were storing at home have already moved to the new library space. These donations will now benefit anyone who wants to visit. “Every child in the city can come, they are all invited!” exclaimed eight year old Samira.

This is an important initiative for a neighbourhood with no adequate place for people to study. Right now, this lack is one of the biggest obstacles for families trying to support their children’s education. But the “library” is much more than a study space. It’s also a significant display of support from the local community, finally demonstrating it’s confidence in the children who live there.

More on Tapori around the world