Skip to content
Home > Latin America and the Caribbean > Bolivia > The House of Friendship: Culture and a Community Without Exclusion

The House of Friendship: Culture and a Community Without Exclusion 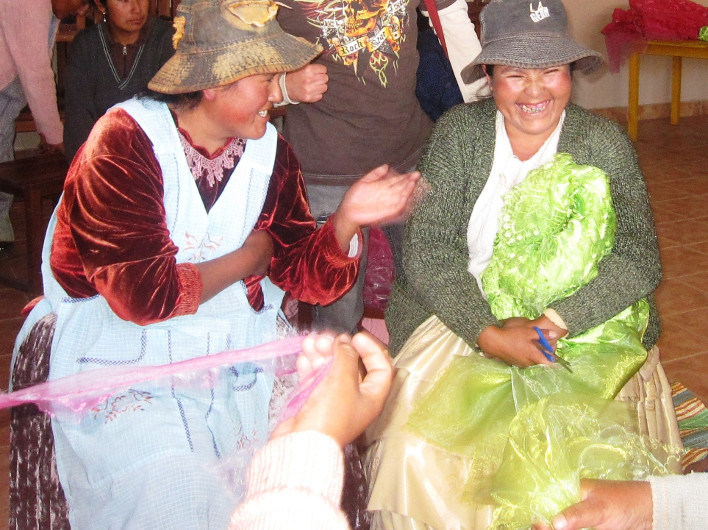 Bolivia – Since 2000, ATD Fourth World has had a team in the city of El Alto, the country’s second most populated municipality.

El Alto, up on a plateau 4000 meters high, overlooks the adjacent Bolivian capital, La Paz. Among El Alto’s ever-growing population, almost 60% are younger than 25 years of age. More than half of the residents speak Aymara as their mother tongue, preserved in family and social relationships. The majority of them have migrated there from rural areas. They must cope with the exploitation of labor and harsh discrimination. Struggling for survival, many adults, teenagers, and children develop informal work activities with inadequate security conditions. Those who are employed in construction or industry often are treated unfairly and given a low salary, which puts them under the poverty line.

It is to the community of El Alto that the first members of ATD Fourth World-Bolivia made a commitment, founding a House of Friendship in the Senkata neighborhood. This house is a place for building a sense of community through artistic and cultural activities, as well as through dialogues to exchange opinions, all with no one left out.

Since its creation, the House of Friendship has been the home to the majority of ATD Fourth World-Bolivia’s projects, allowing entire families to share their talents, always with the determination to seek out the most excluded people.

Through numerous workshops, mothers, fathers, children, and people of all ages have learned to play musical instruments, do traditional dances, carpentry, theater, and other activities. Above all, they have woven bonds of friendship between neighbors and people living across the city under very different conditions.

Thanks to these multiple encounters, in the House of Friendship a Fourth World People’s University has also taken root. This is a space for dialogue, reflection, consciousness-raising, and taking action to address the various problems facing people in poverty. It is a space whose radicalism lies in allowing those who usually are the most excluded people to take the floor first of all, developing their own thinking and identity as activists of ATD Fourth World.

In addition, the House of Friendship is continually filled with the noise and the laughter of children who take part in the well-being program, the Street Libraries, and the Tapori reading groups.

All the inhabitants of the El Alto neighborhood of Senkata, both children and adults, along with ATD’s Volunteer Corps members, allies, friends, and partners seek to support each other in the struggle.