The Real Challenges of Climate Change 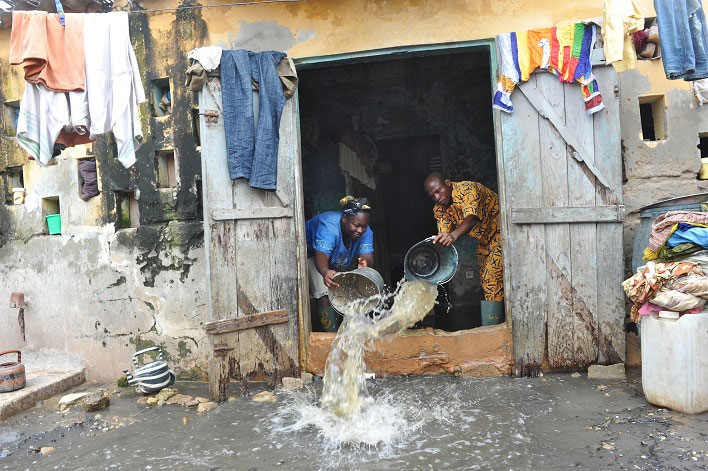 Recently, I heard from a very nice young man who was just getting to know ATD Fourth World. Because we are known for fighting against poverty, he was shocked to hear that we also had a position on climate change. He said, “Come on, climate change is serious, you can’t just jump on the bandwagon like that.”

This shocked me! If climate change challenges are so serious, it is not because the planet is in danger. The planet will survive; it is humanity that is endangered, along with other mammals. The reason climate change matters so much is the survival of humanity, so that people are not reduced to living in the water, victims of permanent flooding and the diseases that come with it. It is to protect humanity from being driven out of its habitat, constantly uprooted and on the road, fleeing disasters and unlivable conditions. It is to spare humanity from being condemned to live on polluted land or atop open-air garbage dumps. It is to spare humanity from suffering from famine and food scarcity. It is to avoid a retreat behind barbed wire or into fortresses by those lucky enough to be affluent, all while those pummeled by drought, flood, and disease are banging on their doors.

Yes, climate change is very serious! Already, many members of the human race are suffering all these consequences; while others are unaware or indifferent. If the disasters we want to avoid are so serious, don’t we also want to save those already affected? Where is the difference between seriousness and the “not serious”? Is it serious to ignore a good part of humanity in order to protect another?

Everyone agrees that fighting against poverty goes hand in hand with fighting against climate change. But besides lip service, what are we doing about it? Until we tackle the inhumanity and contempt with which our societies treat people in poverty, then not only climate change, but all the measures that very serious people take to address it will become the biggest danger for people in poverty.

The world faces many challenges, but to confront them seriously, we must work together with the most disadvantaged people.