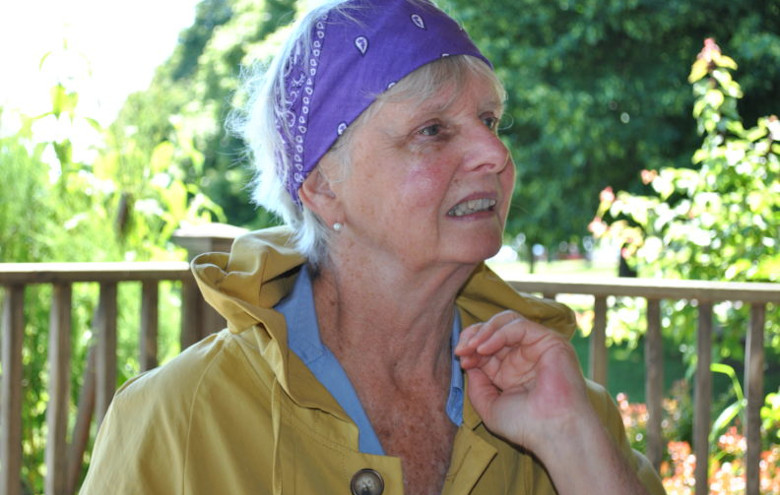 By Susie Devins, ATD Fourth World Volunteer Corps member. Thoughts and reflections on the death of George Floyd and race relations in the USA.

It has taken a few days to process the image that will never go away—the image of a policeman, “officer of the peace,”  Derek Chauvin with his knee on the throat of a black man, George Floyd, crushing the life out of him as Floyd calls out that he can’t breathe, calling out, at the end, for his mother.

Like the image of the airplane flying into the NY twin towers, and the images around the assassinations of Martin Luther King and John F. Kennedy, this video of Floyd’s death is engraved in the mind’s eye.

Chauvin, yet to be convicted of murder, might never even have been stopped if someone had not happened by and filmed the incident.  It’s not as though there haven’t been other, many other, incidents of police brutality, but somehow this image that goes on for more than 7 minutes, set our whole country off. It’s here, it’s real. This happened. The sense of outrage goes well outside of the United States and that’s a good thing.

And once again the miserable reality of human cruelty to one another, and the cruelty of racist actions in a total abuse of power, has taken up residence in our souls. It’s mind-numbing and heart-torturing. In our movement, and well beyond, we know what happens when people are not seen as human beings.

We have to sit with this wound before rushing to action. In a conversation the other day a Pakistani friend lamented that “our humanity is flawed.”   And I remembered poet/singer Leonard Cohen’s lyrics to his song Anthem: “There is a crack in everything, that’s where the light comes in.” As he explains, it is in the confrontation of the brokenness of things that we can resurrect.

In “Letter from a Region in My Mind” American novelist James Baldwin wrote in 1962:

“White people in this country will have quite enough to do in learning how to accept and love themselves and each other, and when they have achieved this—which will not be tomorrow and may very well be never—the Negro problem will no longer exist, for it will no longer be needed.”

I’m trying to understand this.

Another message is staying with me. This is an excerpt from an op-ed piece in the NY Times by the Dalai Lama and Arthur C. Brooks in November 2016 entitled “Behind Our Anxiety, the Fear of Being Unneeded”:

“What can we do to help? The first answer is not systematic. It is personal. Everyone has something valuable to share. We should start each day by consciously asking ourselves, “What can I do today to appreciate the gifts that others offer me?” We need to make sure that global brotherhood and oneness with others are not just abstract ideas that we profess, but personal commitments that we mindfully put into practice.

Each of us has the responsibility to make this a habit. But those in positions of responsibility have a special opportunity to expand inclusion and build societies that truly need everyone.”

Joseph Wresinski, founder of ATD Fourth World Movement called for a full transformation of society, a new civilization. He set the bar high, justly so. But it’s not pie in the sky, it’s concrete actions.

Floyd’s killing comes in the midst of a pandemic that revealed all at once, for anyone who wasn’t already aware, the huge inequities in American society. And we’ve been thinking and talking about this. We know what has to change. We know who is most vulnerable to Covid 19 and why, whether its health, housing, education, decent employment or the criminal justice system. We know that all people who experience the subjugation of generational poverty are walking a tight rope with no safety net all the time.

We cannot stand for half measures. We have to think well, think big and think radically. We are distraught and angry but we are not powerless.