Unveiling the Hidden Dimensions of Poverty

The research report The Hidden Dimensions of Poverty, funded by the John Fell Fund, was launched by the Organization for Economic Cooperation and Development (OECD) in Paris on May 10th which fundamentally challenges global conceptions of the nature of poverty. Angel Gurria, the Director General of OECD, speaking at the event emphasised that the research:

“for the first time…places a bridge across [the] gulf in the measurement approaches to poverty in rich and poor countries…allowing us to see poverty through a single perspective.”

The six-nation study demonstrates that nine, not the usual three dimensions of poverty (material deprivation, poor health and low education), must be considered if poverty is to be properly measured and successful poverty-alleviation strategies devised.

The research has been described as ‘putting people, not the lack of possessions,’ at the centre of the debate on poverty. Certainly, it recognises that poverty is largely experienced through the emotions and identifies three core dimensions: suffering in body, mind and heart; struggle and resistance; and disempowerment that constitute the core experience of poverty. Abdellah Bendjaballah, speaking at the OECD conference, a person living in poverty and a member of the research team in France, elaborated, explaining (in French) that:

Poverty is living in fear, fear of what is happening the next day, fear of losing what we have: housing; work; food; documents. All these things can quickly become a hell.

A teacher, quoted by Saasita Munema Constantine, a member of the Tanzanian team, reported six or seven children collapsing from hunger during one physical education class ‘because children go to bed without eating and have no breakfast before school’. Tom Croft, a co-researcher from the UK team, spoke of a mother who explained that, if the State takes a child away because of poverty, ‘the action is recognised but not the suffering’ nor what people ‘do to overcome the suffering and to work together; two sides of the same coin.’

While noting the importance of inadequate and insecure income, lack of decent work and social and material deprivation, the research also identifies three relational dimensions, which implicate everybody in shaping the experience of poverty. First, the dimension of social maltreatment refers to the way in which people in poverty are negatively perceived and treated by others, variously ignored, neglected and abused. Secondly, institutional maltreatment describes the failure of policy institutions through their actions or inaction to respond appropriately and respectfully to the needs and circumstances of people living in poverty. Thirdly, there is persistent failure of societies to recognise the knowledge, skills and social contribution made by people living in poverty.

Maryann Broxton at the conference, citing a research participant in the USA, observed that

“who you are is defined by what you have. When you have not much, you are not much.”

Marjina Akter, a member of the Bangladeshi research team, described how

“If a woman in poverty is out working and comes home late, there are many bad comments; while, if she is rich, neighbours won’t talk badly… about her”.

Diego Sanchez, quoting a person living in poverty in Bolivia, reflected that, while ‘we’re very skilled in finding ways to earn money…, nobody values these skills. Nobody really says, “They make an effort.” It’s made invisible.’

The OECD Director General illustrated the importance the interrelationships between the nine dimensions identified, concluding that:

“the research shed light on the hidden dimensions of poverty, the parts that we obviously don’t see, that are not easily observable: the stigma; the prejudice; the discrimination of those living in poverty; the problems and obstacles that they regularly encounter; how poor people are treated; how isolated they are; how disempowered they are; [and] how disempowered … and how isolated they are made to feel by the rest of us.”

The research was undertaken by research teams in six countries (Bangladesh, Bolivia, France, Tanzania, the UK and the USA), which all included people with direct experience of poverty and practitioners working with people in poverty as well as academic researchers. Every team adopted a participative methodology called merging knowledge. This first entailed outreach to people experiencing many different forms of poverty and work with them to ensure that they had the confidence to gather with others and reflect on their life experiences. Then separate peer groups of people in poverty, academics and practitioners worked intensively to describe the characteristics of poverty before joining together to agree on the dimensions that characterised the poverty in each country. Representatives of all national research teams were subsequently brought together to identify dimensions common to all countries.

The research was coordinated by Dr Xavier Godinot, Marianne de Laat and Alberto Ugarte from ATD Fourth World and by Dr Rachel Bray, a research associate of the Department of Social Policy and Intervention, University of Oxford and Robert Walker, Oxford Professor Emeritus and currently Professor of Social Development, Beijing Normal University.

With people experiencing poverty from all six research countries present among the more than 250 participants in the conference, the Director General of OECD stressed that the meeting was ‘a unique opportunity to listen to the real-life experiences of those living in poverty who …can bring to the forefront the aspects [of poverty] that experts often miss’.

He also committed the OECD ‘to work hard to capture the intangible and pernicious dimensions of poverty such as disempowerment and stigma, and to promote the standardisation of social and household surveys tools needed to build comprehensive measures of poverty’.

Representatives of the International Monetary Fund, the World Bank, and the United Nations Development Programme also spoke to the importance and innovativeness of the research and its relevance to corporate missions.

For more information and to download the entire report.

The Hidden Dimensions of Poverty was also financed by the Agence Française de Développement. 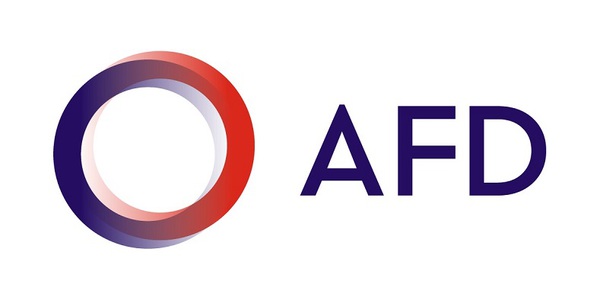