We Have Something to Give Too 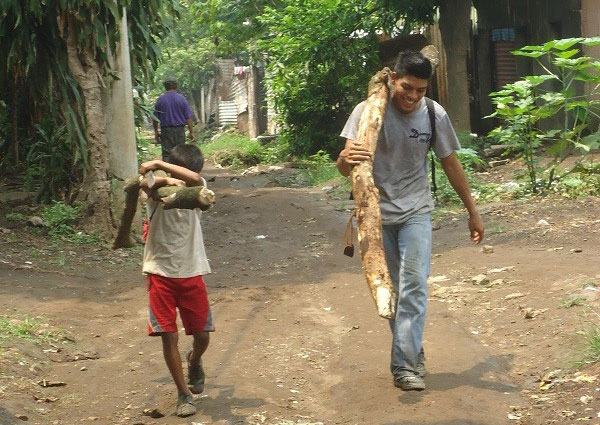 We should invite people in poverty to give, not just expect them to take

Joseph Wresinski, founder of ATD Fourth World, wrote: “No matter how poor we were, if another poor person knocked on our door, I would be told go and grab a piece of bread and a few small coins, and give them to that poor soul who knocked on our door.”

When I read that, I can’t help thinking about Doña Mónica’s words:

“People in poverty can give too. We’re not just here to put our hands out and receive.”

Doña Mónica’s assertion reminds me of the many actions of solidarity I witnessed between families in the Guatemalan community where we lived. Often families who chose to help other families would not have “a lot more.” They were, in fact, in the same precarious situation. Even so, they would still lend a helping hand to the others.

These actions were not only about providing money, clothing and food. Helping neighbors was also a reaching beyond the present, seeing into the future. This support represented a desire to see other people’s situations improve.

Helping a neighbor afford school for her child

One of the many examples that come to mind is that of Doña Julia. She saw close at hand the harsh reality that her neighbor faced with regard to her children’s schooling. Coping alone, the neighbor had been unable to help her three eldest children continue their studies. It was just impossible for her to afford the required costs every day. Her fourth child had reached sixth grade at primary school by then, and he was keen to continue his studies. But it was impossible for her to enroll him, never mind support him on his path to an education.

One day, I was chatting with Doña Julia. She told me that she wanted to help this young adolescent complete his schooling, just as her own children had finished theirs. I had seen her organizing the community on other occasions, getting small everyday things done, even when she herself was experiencing difficulties. I knew she would do everything she could to help the boy continue his studies. I saw her talk to other women in the neighborhood.

Doña Julia went in search of a backpack, a pair of pants, some shoes, etc. I saw how she wanted the very best for that family. Some of the other neighbors supported her initiative. And that is how the boy was able to take the next step on a journey that was, naturally, full of difficulties.

What do such gestures of solidarity, made in the midst of poverty, say about the daily quest for survival?

Ongoing struggle in the midst of suffering

Often I would see the poorest families go to enormous efforts to develop ties with their neighbors. These efforts were evidence of a desire to see the community survive. However, it was no easy matter as each day would bring a host of obstacles to be overcome. Such complications are commonplace in this land of uncertainty, hunger and suffering. But it is a land of struggle, too.

I also saw how some projects and aid initiatives, in their eagerness “to help the families,” would weaken or even undo the families’ own efforts.

Outside projects and aid are very often a one-off. But ties of solidarity and the quest for survival will remain anchored at the very heart of a community. Our activities should never endanger these community ties or mutual aid. Instead, they should operate alongside them in order to reinforce them.