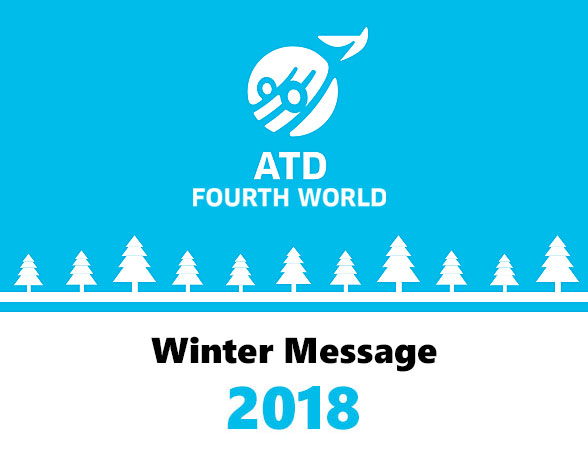 “Always being on the receiving end becomes a source of shame.  Being able to give is an honor, because a gift represents a sharing of love and respect.”

In an industrial zone, Diego pushes his wheelbarrow from one trash can to another. He can barely keep it upright; it’s time for sorting. Behind a bush, he puts aside expired food and trinkets to bring home. He climbs the last hill to the scrap dealer. He in turn sets his price. The man who has nothing but a wheelbarrow doesn’t have much say in the market.

Martin, a Volunteer Corps member, walks by his side. Diego is the father of one of the children Martin sees each week at the Street Library in front of the building where the family lives. Martin wants to understand Diego’s life better.

Someone familiar with Diego’s route asks him, indicating Martin, “Is this your son?” Diego exchanges a complicit wink and a wry smile and then responds, “No, this is a friend”.

A few days earlier, Martin had asked Diego if he could find metal wires to help create a sculpture with families from various neighborhoods. Diego returned with a bag full of wires, some of which were lovely copper wires, red and gilded.

“But Diego, this is copper. Don’t you want to keep it to sell?”

Diego’s wife, Maria, is ill. She often says, “My husband, he really knows how to do things. In our family, he’s the one who reads the letters and cooks the meals, who reminds his daughter of doctor’s appointments for the little one.”

But people say many bad things about Diego: that he drinks, that he’s violent. When life becomes too hard, when the children are too unruly, when the neighbors meddle, when there is a threat of eviction, the fatigue becomes intolerable. Then Diego walks out the door and sets off.

One day when Maria was worried because Diego had disappeared, Martin and his ATD team members set out to look for him. They searched the industrial zone that Diego frequents daily. There he was, buried in an empty lot under a pile of boxes. Even though it was late at night he didn’t seem surprised. “I was sure you would come,” he said.

Three days later, he called out to the facilitators of the Street Library: “I found something for the team!” In his wheelbarrow there were four boxes of chocolate Father Christmas figures dressed in shiny red aluminum costumes.

Thanks to Diego, Father Christmas arrived in the middle of summer! In the stores, Christmas is long forgotten. For Diego, the joy of giving knows no calendar.

At the end of the year, Diego invites us to share and celebrate. Without your support and trust, our teams couldn’t have the strong presence they do with families living in extreme poverty. We are counting on you. Thank you for your support and your donations.

Moraene Roberts, an ATD Fourth World activist in the United Kingdom, challenges the perception of people in poverty as “content to be recipients of charity of money from the state.” In the video found here, she explains: “It’s very important that people who live in poverty are given opportunities to show what they can contribute. It gives them a kind of dignity that they wouldn’t have otherwise had.”